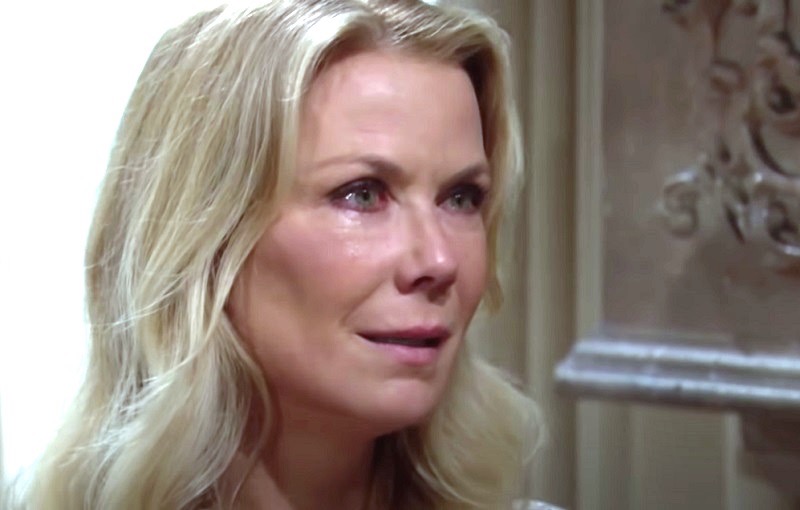 The Bold and the Beautiful (B&B) spoilers and updates tease that Taylor Hayes (Krista Allen) is beside herself. The love she has for Ridge Forrester (Thorsten Kaye) compelled the reveal about his beloved wife.

However, Taylor does not know that the impulse information Steffy Forrester Finnegan (Jacqueline MacInnes Wood) secured about New Year’s Eve was only part of the storyline. While it appears as though Brooke Logan Forrester (Katherine Kelly Lang) and Deacon Sharpe (Sean Kanan) broke all moral lines on New Year’s Eve, they did not.

The above leaves Brooke unable to defend herself from current and coming attacks because she has withheld a series of secrets from Ridge about the fated night in question.

Steffy thinks she has Brooke dead to rights. Wood’s character sees the Logan estate surveillance footage as confirmation that her father was betrayed once again.

Based on Brooke’s history and the Forrester family’s feelings about her, it is understandable that they would jump to the worst possible conclusion. Brooke has exacerbated the issue by using her break from sobriety as a partial shield.

While she did admit to drinking, Brooke refused to tell Ridge that Deacon was involved. The plot points about kissing Deacon and him sleeping aside of her that night were withheld.

Taylor’s inner hopes were revealed when she decided to tell Ridge the assumed details about the night during the same day that she leaned them. Taylor left no room for reflection or the benefit of the doubt because she shares Steffy and Thomas Forrester’s (Matthew Atkinson) belief that Brooke is wrong for Ridge.

The rush to tell Ridge Brooke was with Deacon was offered because Taylor concluded that an intentional betrayal took place. The alcohol effect plays into thoughts about why Brooke behaved as she did. 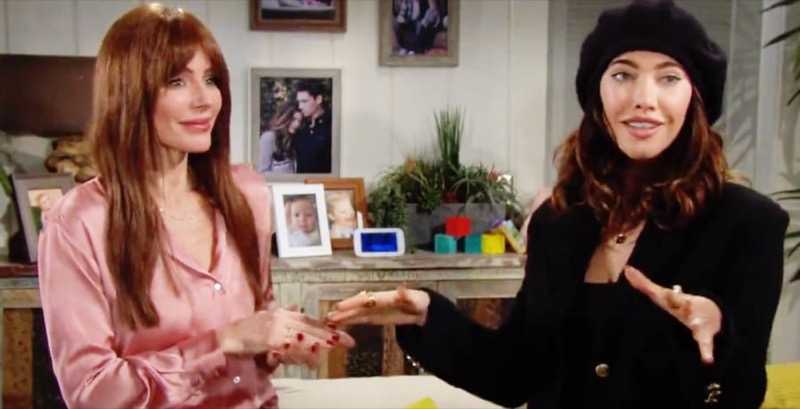 Ridge was not initially open to Taylor’s point, that Brooke chose to again betray Kaye’s character with a man he despises.

What Can Brooke Logan Forrester Say?

This well-written scenario leaves Brooke with no wiggle room. She took responsibility for drinking again but Sheila Carter (Kimberlin Brown) intentionally made that happen.

Brooke did drink with and then Deacon. But both instances were heavily influenced by the amount of alcohol Brooke consumed before Deacon initially left the mansion. His return and the events that played out resulted because Brooke’s alcohol content was well beyond the legal limit.

Ridge’s emotional questions will all be fair. But Brooke will have no way to properly defend herself because Sheila set her up. Steffy, Taylor, and Thomas, all three of whom are working off faulty and biased conclusions, then piled on.