Days Of Our Lives (DOOL) Spoilers: Xander Moves On With Gwen As He Tries To Forget The Past 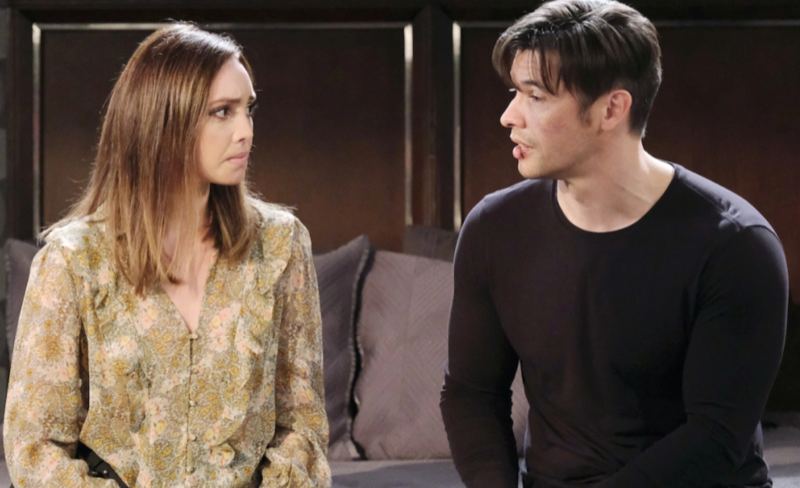 Days of Our Lives (DOOL) spoilers and updates tease that Xander Cook (Paul Telfer) will finally fully move on with Gwen Rizchech (Emily O’Brien) as he tries to forget the past in an upcoming episode of Days of Our Lives!

Days of Our Lives viewers will remember that Xander was shocked to find “Sarah Horton” (Linsey Godfrey) at the Kiriakis mansion, talking to Maggie Kiriakis (Suzanne Rogers), sitting on the couch! Xander found out in short order that his lost love “Sarah” didn’t want anything whatsoever to do with him – and verified that she had changed her mind about Rex Brady (Kyle Lowder) as well. “Sarah” had decided, after realizing how fickle she really was where men are concerned, she just wants to concentrate on her career, not wanting any entanglements romantically, and had changed her phone number recently! She was sorry that she worried or frightened Xander, Maggie, or anyone else that cares about her although she evaded questions about if Kristen DiMera (Stacy Haiduk) had kidnapped her! Days of Our Lives viewers know this wasn’t the real Sarah – it was either Ava Vitali (Tamara Braun) or Gwen herself in a Sarah costume complete with voice changer, having been trained by Kristen how to use it – the two women switch off!

Days of Our Lives viewers will see that Xander will finally be satisfied that there is no future with Sarah and he needs to move on from the past; it’s just another story of a runaway bride, although perhaps this had been an “extreme runaway”! Meanwhile, the real Sarah’s fate remains unknown – and although she may be alive on the Greek island that Kristen shipped her, drugged and unconscious to in a steamer trunk, she may not be in her right mind. Days of Our Lives viewers know that if the feisty Sarah were in her right mind, she would have found a way off the island and back to Salem a long time ago! The drug that was injected into her was the same drug that Gwen spiked Abigail DiMera’s (Marci Miller) drink with, which had made her psychotic for several months; she had hallucinated Chad DiMera’s (Billy Flynn) trying to kill her! 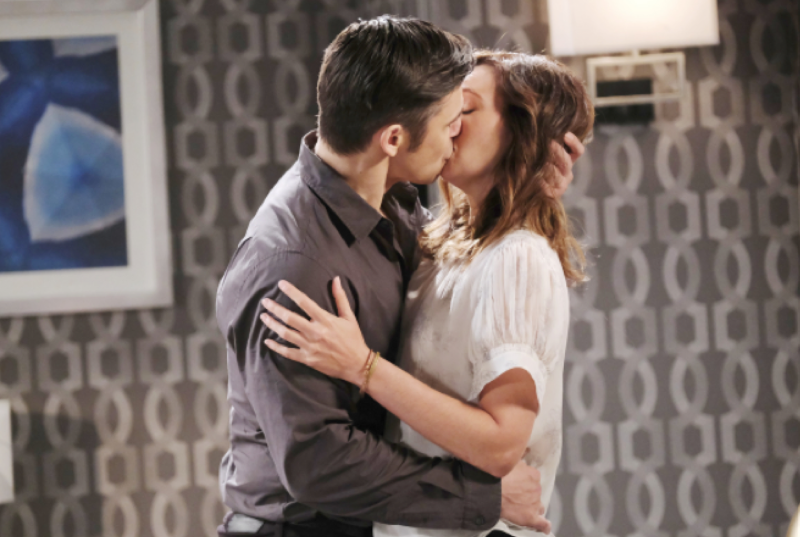 Days of Our Lives viewers will see Xander reassure Gwen that Sarah is his past, but she is his present, and his future as he is ready to completely move on with her! Gwen is thankful to Ava and Kristen that she no longer has to worry about his heart being torn between her and Sarah and looks for a future with Xander – hoping to plan her own wedding with him!

Days of Our Lives viewers, however, know that the truth will always reveal itself – sometimes sooner, but sometimes later, as Abigail was still looking for Sarah – a decision that she may live to regret. She will soon find herself on a Greek island looking for a way out – but will she find Sarah on that island as well, and in her right mind?