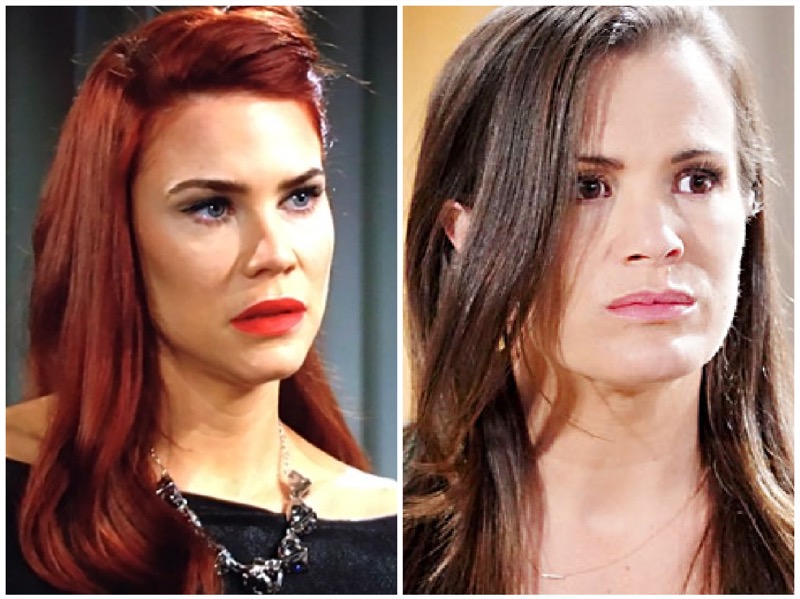 The Young and the Restless (Y&R) spoilers and updates tease Sally Spectra (Courtney Hope) had to find a way to overcome her mistakes. Sally had conspired with Tara Locke (Elizabeth Leiner) against Summer Newman (Hunter King) and Kyle Abbott (Michael Mealor). Sally lost her relationship with Jack Abbott (Peter Bergman) and nearly lost her career because she plotted with Tara. Sally was given another chance to pursue her love of fashion by Chloe Mitchell (Elizabeth Hendrickson) and Adam Newman (Mark Grossman). Sally has been grateful for the trust that they have placed in her. Sally is concerned that her life will change now that Chelsea Lawson (Melissa Claire Egan) has come back to Genoa City.

The Young and the Restless Spoilers: Sally Spectra and Chelsea Lawson Value their Friendships with Chloe Mitchell

Sally has found a friend in Chloe. Chloe believed that Sally would be a good partner to work with in the fashion division of Newman Media. Chloe knew that Sally was a gifted fashion designer and would bring the recognition that the new fashion division needed. Sally has been able to put the fashion division on the map when she designed the wedding dress that Victoria Newman Locke (Amelia Heinle) wore when she married Ashland Locke (Richard Burgi). Chloe has been waiting for Chelsea to return to Genoa City because she is her best friend and she wants to have her come to work with her and Sally. Chloe believed that Sally and Chelsea will be a dynamic designer team. Chelsea is going to need to figure out her place with Sally and Chloe in both the professional and personal sense. Sally is going to have to decide if she will be able to become friends with Chelsea because she does not want to lose her friendship with Chloe.

The Young and the Restless Spoilers: Sally Spectra and Chelsea Lawson have a Romantic Interest in Adam Newman

Sally had hoped that she would be able to get into a romantic relationship with Adam. Sally was able to convince Adam to help her to get Victoria to wear the wedding dress that she designed for her. Sally has been worried about Adam helping his father Victor Newman (Eric Braeden) go after Billy Abbott (Jason Thompson). Sally has wanted to help Adam with his problems. Adam has had problems with his son Connor Newman (Judah Mackey) because he does not want to be in a relationship with Chelsea. Connor had hoped that Adam and Chelsea would reunite. Sally helped Connor when he had gone off on his own. Sally contacted Adam to come to get Connor. Sally knows that Adam still has feelings for Chelsea. Chelsea and Adam have a complex past and relationship. Chelsea has not completely gotten over Adam and may decide that she wants to try to find out if they could have a future together.

The Young and the Restless Spoilers: Sally Spectra and Chelsea Lawson May become Friends or Rivals

The Young and the Restless Chelsea wants to get her life back on track. She wants to be able to reconnect with Chloe and Adam. Chelsea can see that Sally has become an important part of Adam and Chloe’s lives. Will Chelsea be able to accept that Sally is in Chloe and Adam’s live? Chelsea is going to need to decide if she wants to have a relationship with Adam. Will Chelsea decide to find out if she and Adam can come back together? Sally wants to keep her friendship with Chloe. Will Sally be able to hold on to the friendship that she has found with Chloe? Sally wanted to have a relationship with Adam. Will Sally get to have a relationship with Adam? Sally and Chelsea will have to decide if they will work together or against each other in regards to Adam and Chloe. Be sure to catch up on everything happening with Y&R right now. Come back here often for The Young and the Restless spoilers, news, and updates.