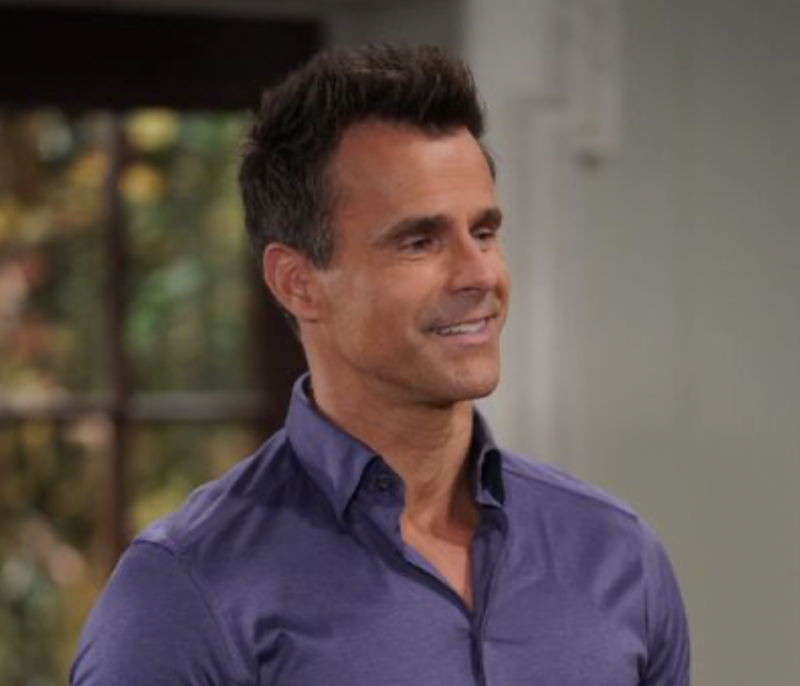 General Hospital (GH) spoilers and rumors tease that the other woman prisoner Drew Cain (Cameron Mathison) wanted Anna Devane (Finola Hughes) to look for could be one of two women, either Holly Sutton (Emma Samms) or Hayden Barnes (Rebecca Budig) and actually, it could be both! General Hospital may reveal actually that both women were taken hostage by Cassadines in league with Faisons!

This, of course is the same ruse that Drew Cain disappeared under. Robert, along with close friend Olivia Quartermaine (Lisa LoCicero) flew to Monaco to investigate, where they met up with Holly and Luke Spencer’s (Anthony Geary) son Ethan Sutton (Nathan Parsons). Unfortunately, as viewers will recall, her “death” was confirmed to the three after tangling with Winston Rudge (David S.Lee). But viewers saw Holly crying out for rescue in a very nicely appointed bedroom – similar to that Liesl Obrecht (Kathleen Gati) was kept in. Both women wound up in the dungeon below the Cassadine compound in Crete, where Victor had been staying, and the story was that “their accommodations had been downgraded”.

General Hospital Spoilers And Rumors – Obviously, The Prisoner Was Moved Yet Again

General Hospital viewers will recall that in the sweep the WSB did of Victor’s compound in Crete, Anna told Drew they had not found any more prisoners. Obviously, any remaining prisoners and personnel had fled the compound in Crete, and were not found on Cassadine Island either. This could be because Victor rushed out of Port Charles right after Scott Baldwin (Kin Shriner) got him his immunity deal –and considering he wasn’t on Cassadine Island trying to rescue Liesl, he may have gone to Crete to arrange the transfers or had others do so for him!

No one knows where Victor ran off to yet! But General Hospital viewers will also recall that Peter wasn’t the only one Victor had been working with – he was helping his great nephew Nikolas Cassadine (Marcus Coloma) as well! So there is a distinct possibility, given the disappearance of Hayden Barnes which Nikolas certainly appears to have been involved in, that she also could have been prisoner in the Cassadine compound in Crete! She may have been in another part, however, and perhaps Holly was the one who Drew heard, but it could also have been Hayden! One got her accommodations downgraded, the other one didn’t, but now both have been moved elsewhere!

One thing is certain for General Hospital viewers; both Holly and Hayden remain missing , and Cassadines are involved! Longtime General Hospital viewers will recall that Nikolas intercepted Cassandra Pierce (Jessica Tuck) from a medical clinic in Canada where Dr. Hamilton Finn (Michael Easton) had been lured by the kidnapping of Anna Devane. Finn was able to get Cassandra out of her coma and into her right mind, which is what the kidnappers wanted, and then instead of being taken to a WSB medical facility where she was supposed to be, Nikolas intercepted her and took her to parts unknown-where she later wound up in Port Charles!

Valentin Cassadine (James Patrick Stuart) sent her on an inflatable boat with a motor into the seas off Port Charles after she had kidnapped Charlotte Cassadine (Scarlett Fernandez), and she met her death when the boat blew up! Chances are, Victor Cassadine was involved in that Canadian clinic also as well as the interception by Nikolas, and both missing women are in a Cassadine compound now, elsewhere than on Crete or on Cassadine Island – remember, Nikolas also had called Victor to ask if he had Naomi Dreyfus (Gigi Bermingham) killed!