The Young And The Restless (Y&R) Spoilers: Jill Returns To GC And Finds Her Family In CRISIS! 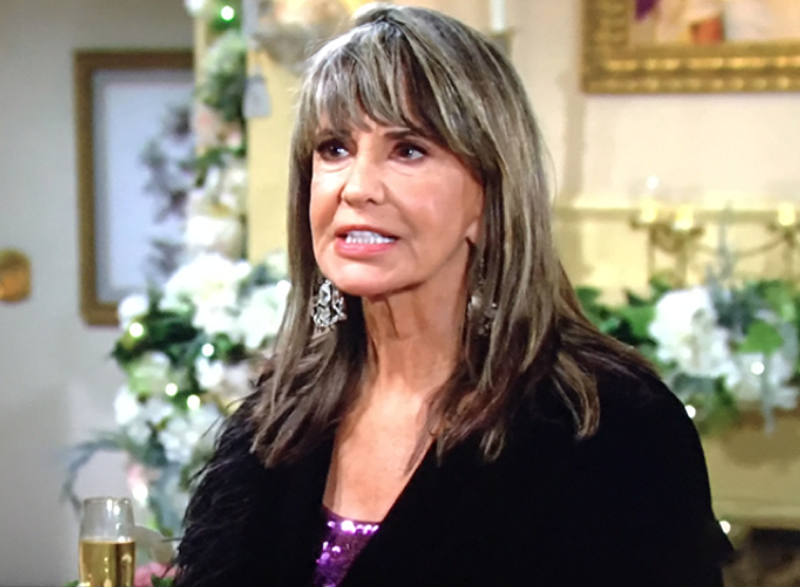 The Young and The Restless (Y&R) spoilers and updates tease that Jess Walton will soon reprise her popular role on the CBS soap but her character will be dealing with a double tragedy. Jill’s grandson is presumed dead and her son is walking into a trap that might destroy ChancCom.

The Young And The Restless Spoilers – Jess Walton’s Personal Tragedy

Jill Atkinson (Jess Walton) has been traveling the world while the woman who portrays her was spending time on her farm. In August, Walton became a widow when her husband of 40 years John James passed away from cancer. Some Y&R fans were concerned that Walton might not return to the CBS soap but spoilers indicate Jill will come home.

The Young And The Restless Updates -Trouble Awaits Jill Atkinson

Jill’s grandson Phillip Chancellor IV (Last Donny Boaz) is presumed to have died in an explosion but nobody has been found. It was announced in February that the role of Chance would not be recast but spoilers are suggesting that Conner Floyd has been hired for the role. As viewers wait to see how this plays out, Jill will be mourning her grandson along with his widow Abby Newman (Melissa Ordway}, his mother Nina Webster (Trisha Cast} and other Genoa City residents. Jill will also have to clean up a mess at ChanceComm. 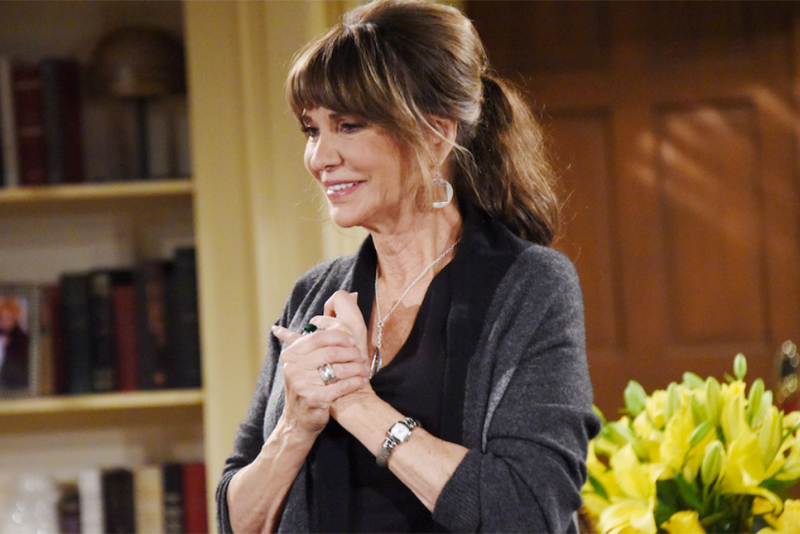 The Young And The Restless Spoilers – Billy Abbott Might Be Fired

Spoilers tease that Victor Newman {Eric Braeden) is using Jesse Gaines (Jamison Jones) to trap Billy Abbott (Jason Patrick) and take down the media division Jill set up at Chancellor Industries. The rumor mill suggests that Jill will be so outraged that she will fire her son and leave Lily Winters (Christel Khalil) to run the company alone.

A Bright Spot In The Midst Of The Mess

Nothing has been said regarding how long Walton’s character will remain in Genoa City this time around but there is a bright spot to Jill’s return. In the midst of the ChancCom disaster and the tragedy of her grandson’s alleged death is the birth of Jill’s first great-grandson, Dominic Newman Abbott Chancellor. Y&R viewers noticed Jill’s absence after Mariah gave birth and the other grandma’s Nina and Ashley Abbott (Eileen Davidson) showed up bearing gifts. once she is back in town Jill can make up for lost time with Dominic. She will still be exasperated at Billy and mourning Chance but the new member of the family will be a silver lining within the clouds.

Who Is Hope Logan’s Father On The Bold And The Beautiful?

The Bold And The Beautiful (B&B) Spoilers: Ridge Explodes At Brooke New Defense Of Deacon