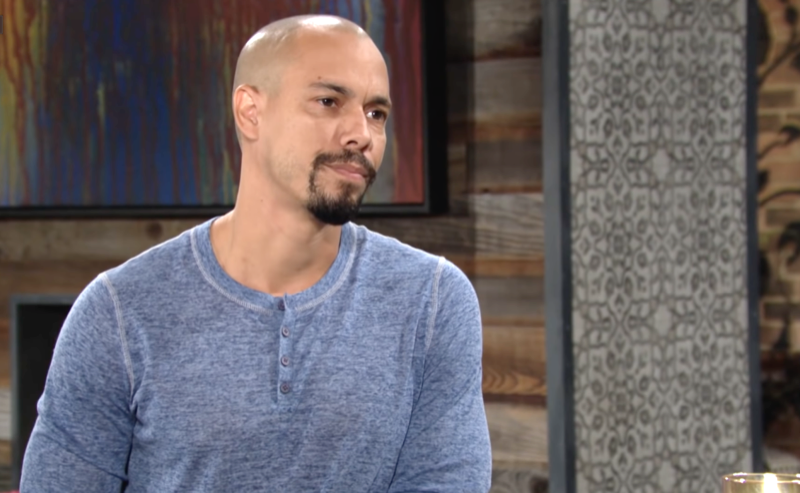 The Young and the Restless (Y&R) spoilers and updates tease that Devon Hamilton (Bryton James) sympathizes with Mariah Copeland (Camryn Grimes). Devon knows Mariah is dealing with trauma. However, he won’t allow Abby Newman-Abbott-Chancellor (Melissa Ordway) to suffer because of it. It is teased that Devon and Mariah could face off.

The Young And The Restless Spoilers – Mariah Copeland’s Trauma

Y&R spoilers reveal that Mariah is still dealing with the trauma of being kidnapped and held hostage. Mariah eventually was rescued but had to give birth in the room where she was locked up by Ben “Stitch” Rayburn (Sean Carrigan). So, Mariah is not only dealing with the hostage trauma, but having to give up the baby she connected to despite the child belonging to Abby.

Even though Mariah is trying to deal with those complicated feelings, things are going to get worse before they get better.

The Young And The Restless Updates – Baby Fixation

Mariah is trying to distract herself by focusing on work. However, her fixation and concern for Dominic Newman-Abbott-Chancellor are growing stronger. Abby is dealing with grief and is just in the first stage of that, which is denial. Meanwhile, Victor Newman (Eric Braeden) has asked both Sharon Rosales (Sharon Case) and Nate Hastings (Sean Dominic) to tend to Abby.

Mariah made a shocking admission to Tessa Porter (Cait Fairbanks). Mariah blurted out that she could take care of Dominic better than anyone else. Then, Mariah added another shocker by telling Tessa that she feels that Dominic is supposed to be with her, not Abby.

The Young And The Restless Spoilers – Abby Newman-Abbott-Chancellor Blindsided

The Young and the Restless spoilers reveal that Abby’s grief will continue to get worse. When Mariah finds out that Abby has been prescribed anti-anxiety medication, she could use this against her. 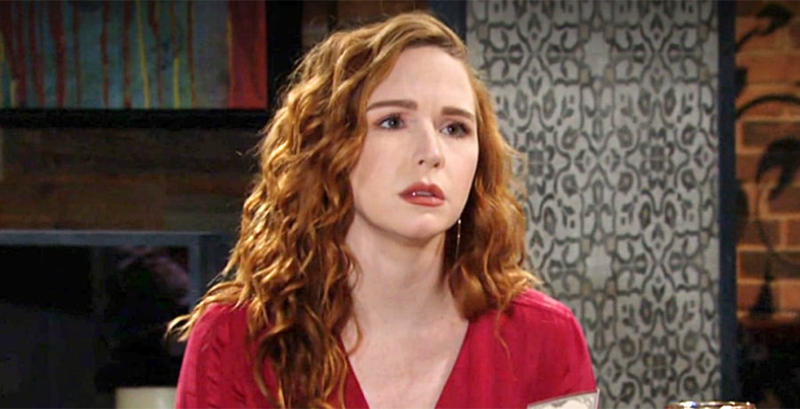 Mariah seems to be looking for any reason to take Dominic from Abby. So, with the anti-anxiety medication and Abby’s emotional state, Mariah could start a war. In Mariah’s mind, she claims it’s just to do what is best for Dominic. However, everyone else will see it as Mariah taking Abby’s baby while she’s grieving for her husband.

The Young And The Restless Updates – Devon Hamilton Strikes Back

Devon has already tried to reason with Mariah and assure her that Dominic is just fine with Abby. Tessa has also tried to get through to Mariah. Tessa even called Mariah out for making decisions that are not hers to make.

Devon’s primary concern right now is to help Abby and Dominic. If Mariah tries to take the baby from Abby, it will be Mariah versus Genoa City. Abby is part of the most powerful family in Genoa City. Plus, with Devon and Tessa backing up Abby, Mariah is fighting a losing battle.

Be sure to catch up on everything happening with Y&R now. Come back often for The Young and the Restless spoilers, news, and updates.