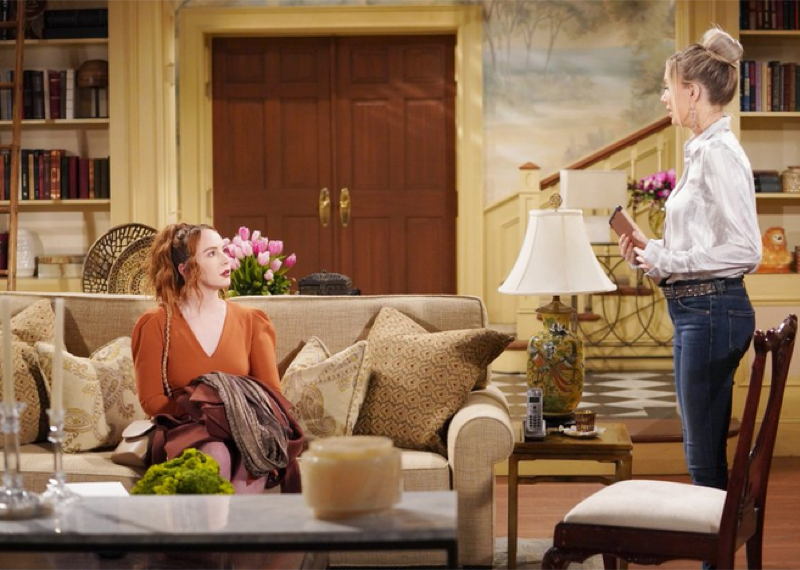 The Young and The Restless (Y&R) spoilers and updates tease that the baby is growing, and change is necessary. Mariah feels she is being removed from his life but says she understands. She could be in a good place and able to roll with the punches or she might be deeply hurt.

On Thursday, Mariah Copeland (Camryn Grimes) shows up at the Chancellor’s mansion and asks the nanny to allow her to spend some time with Dominic. She says she is checking on him because he recently had a cold. The nanny agrees to give her a few moments and when she is alone with the baby she refers to him as Bowie. She tells her son she does not know how to break their connection but she is trying. When Abby Chancellor (Melissa Ordway) shows up she makes a decision that assists in widening the gap between mother and son.

Abby announces that she no longer needs breast milk and that the pediatrician signed off on bottle feeding. Mariah appeared to be OK with the decision but looks can be deceiving. It was only a few weeks ago that she was so hurt that she wanted Tessa to quickly have a baby for them to raise. Mariah insisted to Abby and Devon Hamilton (Brighton James) that she is doing much better. 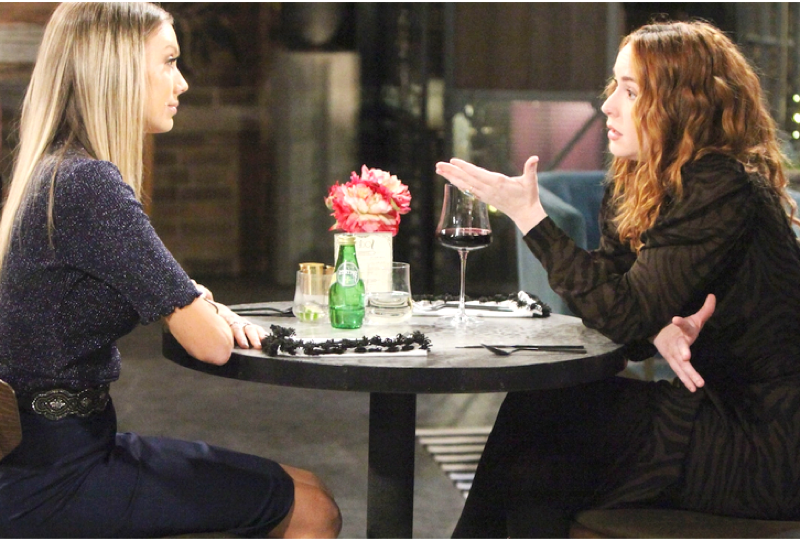 The Young And The Restless Spoilers – The Baby Dominic Crew

Ms. Copeland admitted that she is struggling with different emotions but is doing her best to move forward. Devon and Abby were pleased with Mariah’s response and are hoping things will only get better from this point. The trio will need to present a united front because Christine Williams (Lauralee Bell) will soon bring Abby some devastating news. Spoilers tease that Chance Chancellor (Donny Boaz) might be dead and Abby will need all the support she can get.

Mariah is trying to sort out her new role in Bowie’s life. She admitted that no longer supplying breast milk will be difficult as it helped her to feel connected to the baby. Hopefully, Mariah really is on the mend and will be able to maintain the progress she has made. If she is able to navigate the adjustment she might even ease up on Tessa regarding having a child of their own.

Days Of Our Lives Spoilers: (DOOL) Allie And Chanel Are Terrified By Johnny’s Ouija Board Contact With Satan