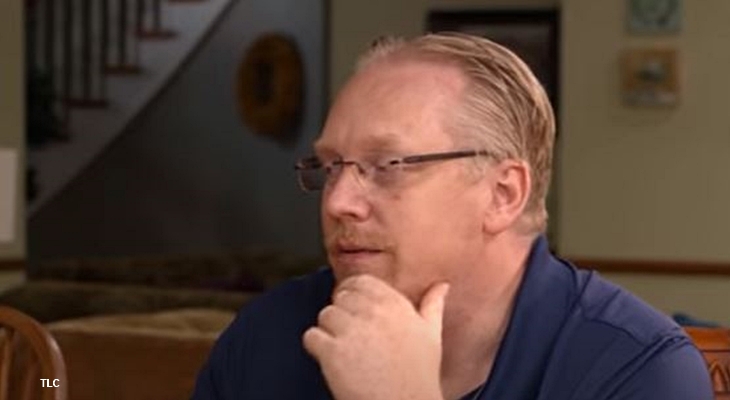 Seeking Sister Wife alum Drew Briney posted up some sad news this week. If you don’t recall him, he was featured in Season 1 of the show. When Season 2 of the show came along, he, along with April, Auralee, and Angela Briney had filmed for the show. However, TLC never aired their Season 2 segments. That’s because April took her kids and fled from the polygamous family.

In Season 2, without the Briney family, fans saw Dimitri and Ashey Snowden. He might not appear on the show again, or his wife Ashley. In fact, they split. It came when the ontological architecture consultant allegedly physically abused Christeline from South Africa during Season 3. Prior to that, they married Vanessa Cobb who walked away from them after the finale. Unfortunately, Bernie McGee passed away at the end of the season from a heart attack. So, the latest season brought in some new couples.

Seeking Sister Wife Season 3 fans saw that the Joneses and the Merrifields came in. Fans seemed unhappy as it seemed like the Joneses treated their potential new wife as a personal slave. Meanwhile, the Merrifields got heat for getting divorced to bring in a Brazilian woman. Well, now news comes from the old cast member, Drew Briney and it’s sad. In fact, if animals in trouble trigger you, then best click away now.

Taking to his Instagram on Tuesday, November 29, Drew posted up a photo of a tiny puppy. His caption seemed shocking and once again, click away if this sort of thing triggers you. He explained, “Our dog had 11 puppies but only 2 survived her negligent mothering, smothering them, starving them, etc.” Well, you might wonder what took them so long to notice. After all, dogs don’t starve to death in one day. Anyway, he continued by saying, “This is Trusty who may lose his leg because his mamma broke it and tore it open when stepping on it on accident.” 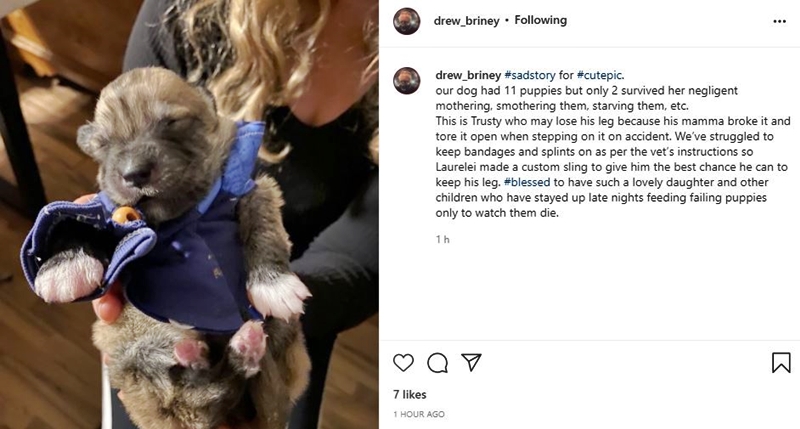 The Seeking Sister Wife alum and his family tried helping the pups. So, he explained, “We’ve struggled to keep bandages and splints on as per the vet’s instructions so Laurelei made a custom sling to give him the best chance he can to keep his leg.” Next, he praised the children who stay up at all hours trying to save the little animals.

What Happened To April?

Apart from that distressing news, Seeking Sister Wife fans might enjoy hearing that April, who ran away seems happy now. Screenrant reported that “In 2021, April lives a relatively low-profile life, free from the drama of her past relationships and reality television career.” In fact, she is an artist and has a good following of interested people.