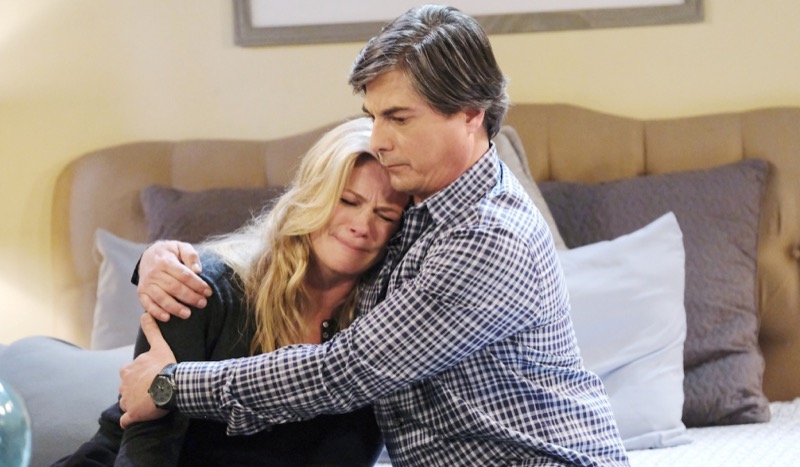 Days of Our Lives (DOOL) spoilers and updates tease that Sami DiMera (Alison Sweeney) can’t get help from Marlena Evans (Deidre Hall) or EJ DiMera (Dan Feuerriegel). So, Sami calls someone that will do anything for her… Lucas Horton (Bryan Dattilo). After Sami is saved, she walks in on EJ in bed with Nicole Walker (Arianne Zucker).

Days Of Our Lives Spoilers – Failed Calls for Help

DOOL spoilers reveal that Sami managed to steal a phone from one of the guards. Despite Sami spending months in captivity, she still doesn’t know who is holding her hostage or why. First, Sami called her mother, Marlena. At the time of the phone call, Marlena wasn’t possessed by the devil. Marlena managed to tell Sami that she was also being held, hostage. Just then, the devil took the phone away.

Next, Sami tried to call EJ, who answered but didn’t seem to recognize that it was his wife on the other end. That phone call failed as well, which means Sami is running out of options. Why Sami didn’t call 911 hasn’t been explained.

In the winter preview, Sami calls the one person who will always help her. That person is none other than Lucas. Sami tells him that she’s being held hostage but doesn’t know where she is. However, Lucas promises that he will find her. Despite the difficult task, Lucas is determined to save Sami. 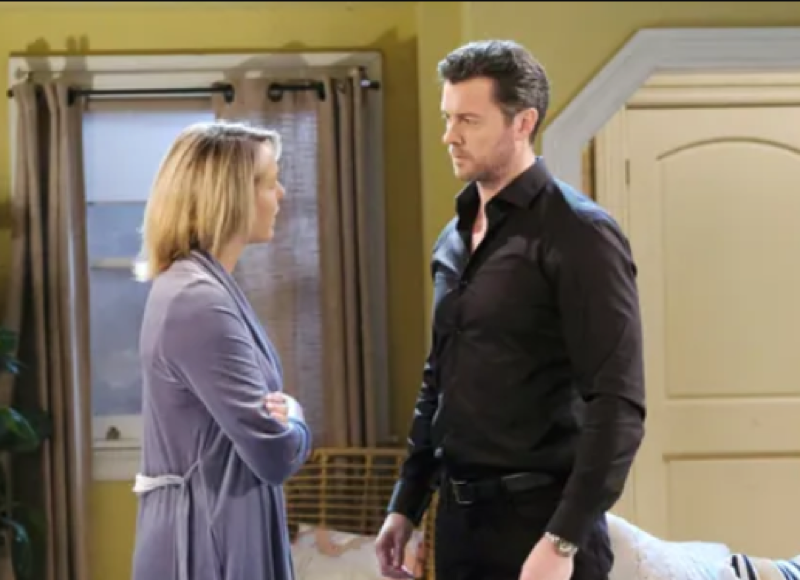 Days of Our Lives spoilers reveal that Sami gets free and returns to Salem. Instead of going to a hospital or the police station, she appears to head straight to the DiMera mansion. Sami walks into the bedroom she shared with EJ and is horrified by what she finds. Sami walks in as EJ and Nicole are in the midst of passion. Imagine everyone’s surprise, especially when Sami explains where she’s really been!

It has been teased for months that Rafe Hernandez (Galen Gering) will end up with Nicole. It is also hinted that EJ realizes he made a terrible mistake. Despite everything that EJ and Sami have gone through, some fans believe that “Ejmai” will be brought back together. Whether that happens or not remains to be seen, though.

Who do you think Sami ends up with after returning to Salem? Will she give EJ another chance after finding him in bed with Nicole? Will Sami and Lucas rekindle their romance? Or could Sami leave Salem by herself and go back to Europe? We will have to keep watching the NBC soap to find out what happens next with this storyline.