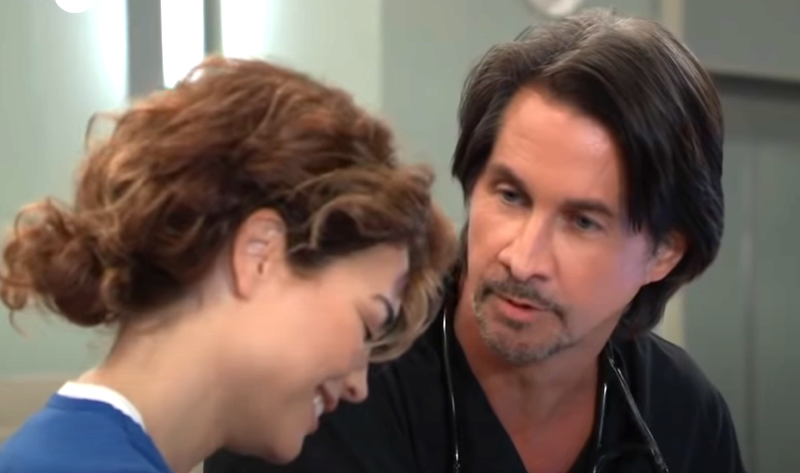 General Hospital (GH) spoilers and updates tease that all summer Dr. Hamilton Finn (Michael Easton) has believed that he killed Peter August (Wes Ramsey) when he threw him down the stairs at General Hospital. Elizabeth Webber (Rebecca Herbst) happened on the scene right after and couldn’t find any vital signs. So they devised a plan to hide Peter’s body in the sub-basement of the hospital in a freezer. But when they eventually returned to check on the body, it was missing.

Elizabeth and Finn were confused about what happened to Peter. But they couldn’t bring themselves to believe that Peter was still alive. Finn had been wracked with guilt over killing Peter until he was spotted alive in Nixon Falls. When Elizabeth and Finn heard the news, they were both relieved and a little nervous. Finn was glad to know he didn’t kill anyone, but they wondered if Peter would come after them for revenge. Although that may be a possibility, Peter’s main focus will be on Maxie Jones (Kirsten Storms) so for now, Finn and Liz can breathe a sigh of relief.

Elizabeth and Finn bonded over their mutual secret. For a while, they had no one to turn to but each other. They have shared a kiss but at the time, neither of them were ready for romance. Elizabeth was still a recent widow after the murder of her husband, Franco Baldwin (Roger Howarth). And Finn broke up with Anna DeVane (Finola Hughes) for keeping one too many secrets because of Peter. But time has passed and now that they don’t have the weight of Peter’s death hanging over their heads, they might just find romance together. 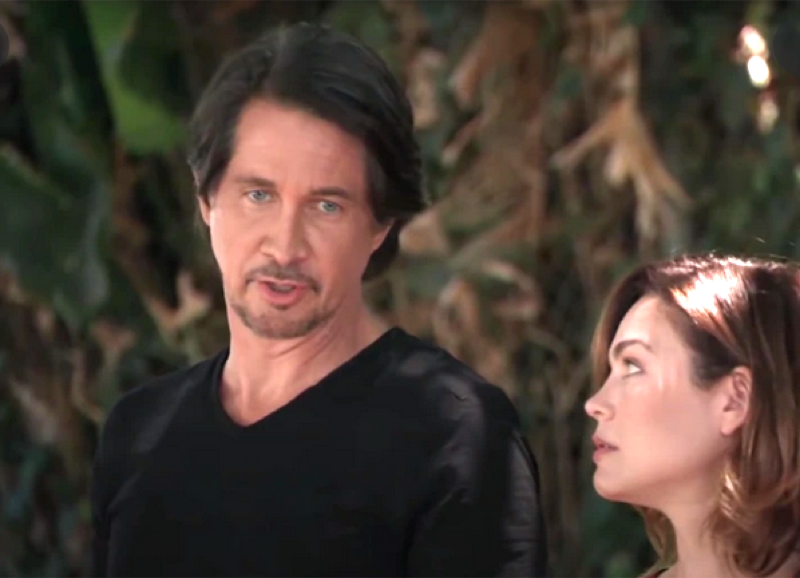 General Hospital Spoilers – A Potential Romance Between Dr. Hamilton Finn And Elizabeth Webber Might Be Awkward!

But as with any romance in Port Charles, there will likely be many complications should Finn and Elizabeth go that route. Finn has a baby girl with Elizabeth’s missing sister Hayden Barnes (Rebecca Budig). While Hayden hasn’t been heard from in quite a while, chances are she is being held captive by Victor Cassadine (Charles Shaughnessy), possibly as a favor to Nikolas Cassadine (Marcus Coloma). When Hayden eventually returns, she may not take kindly to her sister hooking up with her ex.

Can Elizabeth and Finn breathe easier knowing Finn didn’t kill Peter? Or will Peter seek revenge? Is love in their near future? Anything can happen in Port Charles, so stay tuned to General Hospital airing weekdays on ABC. And don’t forget to check back right here regularly for all your General Hospital news, information and spoilers!