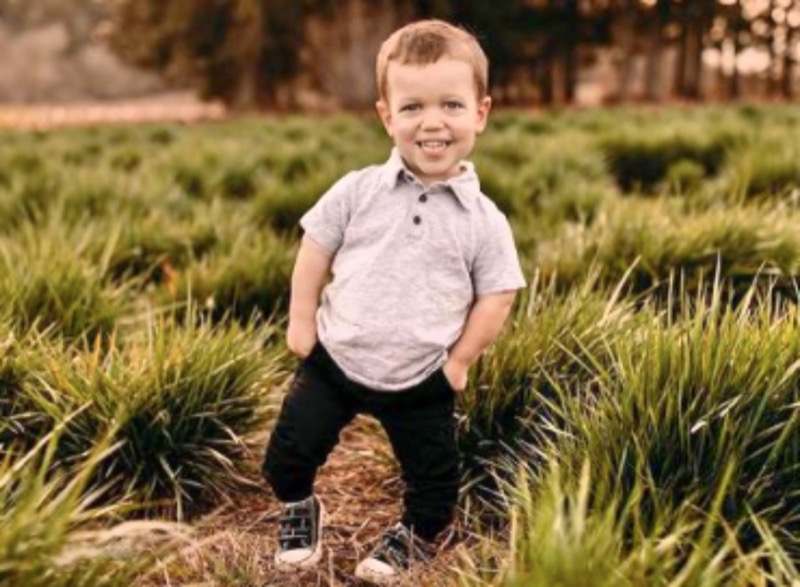 Little People Big World spoilers and update tease that Jackson Roloff won the hearts of Little People, Big World fans and he seems cuter with each passing day. Tori and Zach certainly never held back when it came to sharing their son’s milestone with TLC fans. He seems like a tough and resolute kid, so when he rocked his scooter at the skatepark this week, his mom could hardly bear to watch.

Recently, fans saw that Zach took his son camping. That came in Season 22 of LPBW. Well, since then. Tori told her fans how almost any excuse to sleep outside is acted on. In fact, she told fans that the power went out for “exactly 8 minutes,” so they used that as an excuse for their bonding time. Well, when the guys went to the skatepark this week, Tori was basically told not to “embarrass them 😏.” So she didn’t make a big fuss.

Little People, Big World fans also know that Jackson Roloff seems like a tough little boy. This summer, he and his mom went off to Disneyland without Zach and Lilah. Tori told her TLC fans that Lilah’s a bit young to enjoy the place. That trip went off without a hitch. And yet, a previous visit there ended up with him suffering from earache, and he visited a doctor after he hurt his arm. And yet, all he wanted was a return trip.

Matt Roloff commented on his grandson over the years and often says that he’s a tough little guy. Taking to her Instagram to talk about her son rocking his scooter, Tori said, “Zach and I don’t understand where he gets his bravery from.” That’s because he didn’t hesitate to jump onto the course and just get on with playing on his scooter. Apparently, he nagged at Zach and Tori to go to the skatepark, and finally, they got there.

Tori told LPBW fans that Jackson Roloff “full on face planted” on his third time down the “massive ramps.” However, she added, “This kid dusts himself off, bloody lip and all, and says “mom I don’t want to go home!”

By the end of the day, the cute kid “conquered that skatepark.” Tori said, “He rode his scooter around like he owned it.”

Scared To Watch Her Son Zoom Around

Tori admitted that she found it a bit hard to watch. So, she went out of the park at one stage. She noted, “I gasped like 263819 times and eventually had to sit on the outside of the park to keep cool.” Of course, the next purchase they make is a nice strong “skateboard helmet!“

Remember to check back with us often for more news, updates, and spoilers about Jackson Roloff from Little People, Big World on TLC.

Days Of Our Lives (DOOL) Spoilers: Tripp’s Declaration Gets Awkward, Allie Can’t Say ‘I Love You’