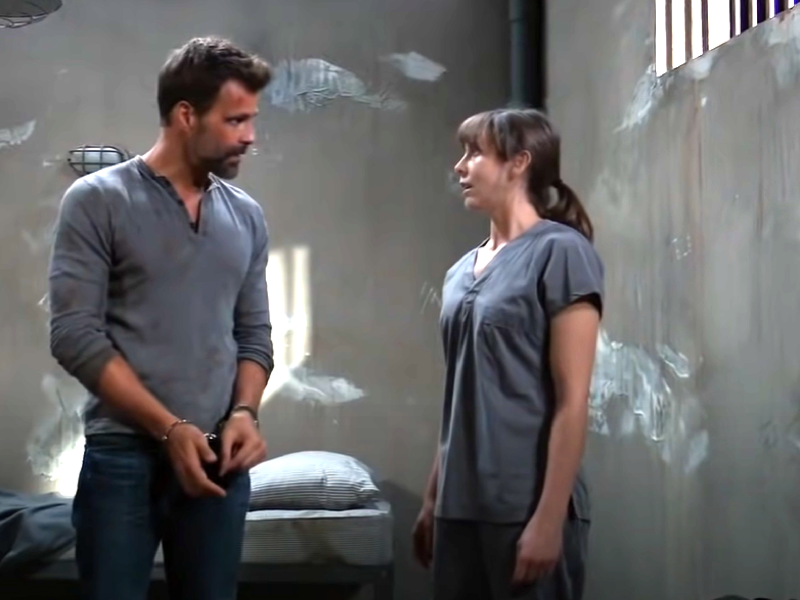 General Hospital (GH) spoilers and updates tease that fans will eventually learn who the mysterious woman is that is being held with Drew Cain (Cameron Mathison). Who is she and why is she being held?

General Hospital Spoilers – The Woman Was Being Tortured

General Hospital’s Drew is not alone in the prison. A woman could be heard screaming down the hallway. However, screams are not easier recognizable. Fans are speculating on who she is and most people have zeroed in on Hayden Barnes (Rebecca Budig). Hayden would not have stayed away from her daughter this long on her own.

After all, Hayden was raising Violet Finn (Jophielle Love) alone before she needed Hamilton Finn (Michael Easton) to save her life. Hayden loves her daughter more than anything. Why has Hayden been gone so long? Could Hayden be the mystery prisoner? Now that Cameron Mathison is playing Drew, could Drew and Hayden be the new hot couple this fall? After all, Cameron and Rebecca sizzled on All My Children as Ryan and Greenlee, could they do the same as Drew and Hayden? 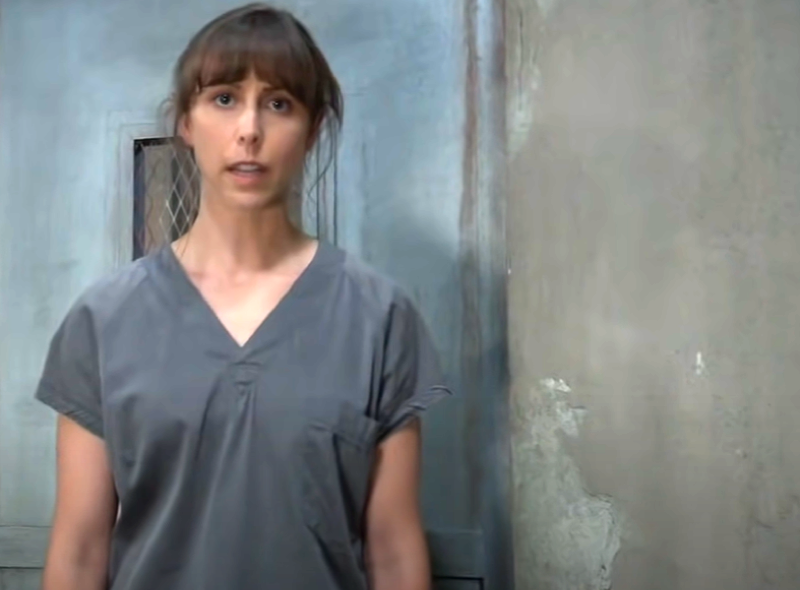 General Hospital Updates – Holly Sutton Could Be Another Possibility

General Hospital’s Robert Scorpio (Tristan Rogers) believes that his ex-wife, Holly Sutton (Emma Samms) is dead. However, fans know that Holly is alive and well. Holly was a huge con artist in the past and people forgave her for a lot of her transgressions. However, Holly doesn’t know when to back down and it would make perfect sense for her to try to escape. Holly knows that everyone has given up on her. Holly isn’t about to lay low and let everyone, especially her son, believe that she’s dead. Is Holly the mystery woman who is trying to escape?

Could It Be Nelle Benson?

General Hospital’s Nelle Benson (Chloe Lanier) is another possibility. Yes, we know that Nelle’s body was identified but this is a soap and it’s not like people don’t come back from the dead all the time. Has Port Charles’ own not-so-mother-of-the-year returned? Will Michael Corinthos (Chad Duell) be forced to share his son with Nelle after all? Has Nina Reeves (Cynthia Watros) scored another chance for a lifetime with her daughter Nelle? After all, Nelle could throw a wrench into Michael and Willow Tait’s (Katelyn MacMullen) happy reunion. Nelle has already kidnapped Wiley Corinthos (Theo and Erik Olson) once, what’s there to stop her again if she returns?

Whoever is in the other cell is certainly making a lot of noise. Will Drew manage to get loose and save the other prisoners as well? Is Drew connected to the mystery prisoner?