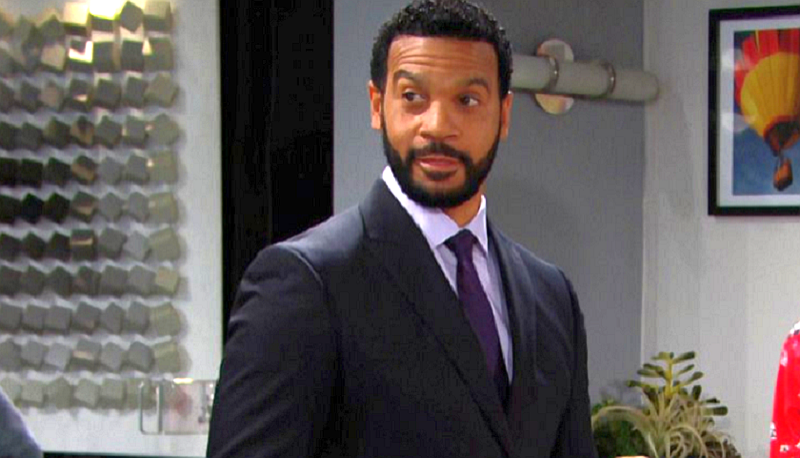 The Bold and the Beautiful (B&B) spoilers and updates tease that Justin Barber (Aaron D. Spears) is asked if he has seen or heard from Thomas Forrester (Matthew Atkinson). Nobody suspected him of anything until he answers that question. He tells Hope Logan Spencer (Annika Noelle) that Thomas left L.A. The unbelievable story makes him a suspect in the man’s disappearance.

B&B spoilers reveal that Hope starts wondering where Thomas went. He hasn’t been seen in at least a few days. Ridge Forrester (Thorsten Kaye) is concerned because his son missed a work meeting. The last time Hope spoke to Thomas was when promised to be there for her and the children. Steffy Forrester (Jacqueline MacInnes Wood) had her baby and she hasn’t heard from her brother, either.

Hope will approach Justin and ask if he has any idea where Thomas has disappeared to. How Justin answers will spark suspicion.

The Bold And The Beautiful Updates – Justin Barber’s Big Lie

According to the new issue of Soap Opera Digest, actress Annika Noelle previewed Justin and Hope’s conversation. The actress explained that Justin tells Hope that Thomas left town. Now, there are a lot of reasons for Thomas to stay, so him leaving Los Angeles doesn’t make much sense. 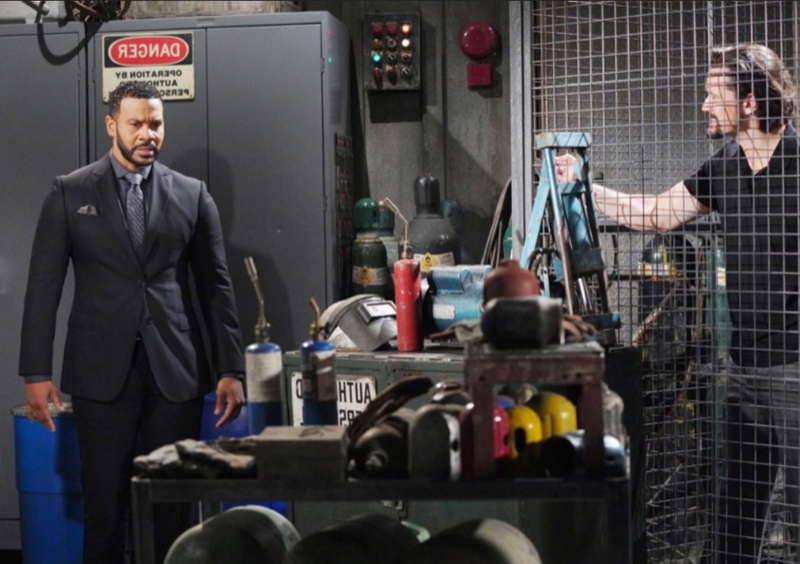 He has been asked by Liam Spencer (Scott Clifton) to keep an eye on Hope and the kids. As fans know, Thomas is usually obsessed with her. Right now, he admits still being in love with her, but won’t interfere with Liam and Hope’s marriage. If he did happen to leave town, he would answer any call from Hope immediately. That’s just the way he is when it comes to her. It would also be unlikely for him to take off without saying goodbye to his son, Douglas Forrester (Henry Joseph Samiri).

The Bold And The Beautiful Spoilers – Immediately Makes Himself A Suspect

The Bold and the Beautiful spoilers reveal that Justin claiming Thomas left town makes him a suspect. Nobody thought Justin had anything to do with Thomas’s disappearance until he made up that story. Besides, Justin and Thomas aren’t exactly friends. So, why would Justin know this information but Hope, Ridge, and Steffy are kept in the dark?

“He’s not being clear with where Thomas is and he says Thomas just left town. Now, they have Douglas together. That, for Hope, is a red flag. Something is not tracking here. She doesn’t buy that, and what really gets her is she goes to call Thomas and she hears his cell phone ring from inside Justin’s office, and that is when Hope knows something is going on.”

The Bold And The Beautiful Updates – Confrontations And Discoveries

Hope needs to get to the bottom of this and she knows Justin will just feed her tall tales. So, when he leaves, Hope sneakily follows him. She’s careful not to be seen or heard by Justin. When he leaves the room, Hope is shocked to find Thomas caged like a wild animal.

It is also teased that Justin will have more confrontations this week. One person who demands that Justin reveal Thomas’s location is Ridge. It is teased that puts the lawyer under a lot of pressure. There is also Wyatt Spencer (Darin Brooks). He confronts Justin after noticing something very strange. Will Justin realize that the jig is up and would be better to release Thomas now? Or will he carry this plan all the way to the bitter end?