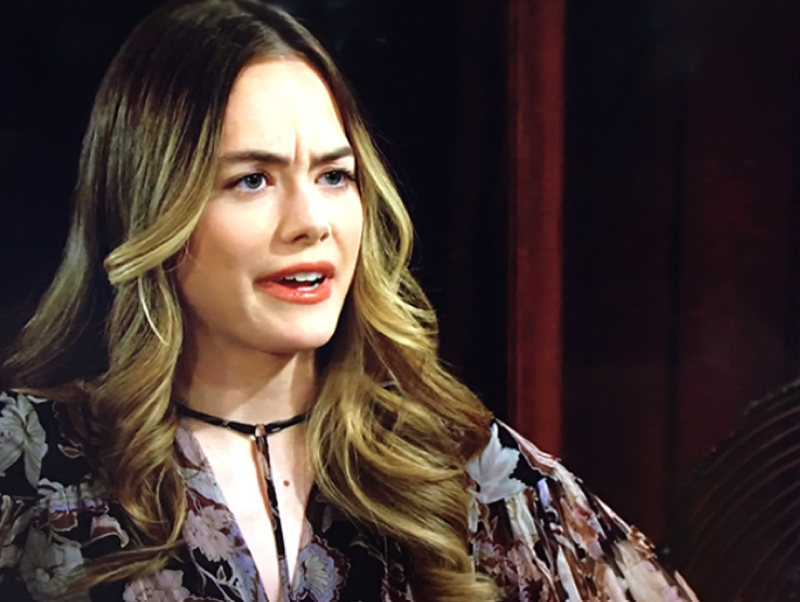 The Bold and The Beautiful (B&B) spoilers tease that Hope Logan Spencer (Annika Noelle) will become suspicious of Thomas Forrester’s (Matthew Atkinson) sudden disappearance and especially when Justin Barber (Aaron D. Spears) is evasive when she asks him if he’s heard from Thomas. She’ll find him, but will she be able to free him in upcoming episodes of The Bold and The Beautiful?

The Bold And The Beautiful Spoilers – Hope Logan Spencer Is Worried

Viewers of The Bold and The Beautiful will recall from recent episodes of The Bold and The Beautiful that Thomas’s close family members are starting to worry about him. Ridge Forrester (Thorsten Kaye) has been perplexed at his absence from work but has been too busy with other family issues to go looking for him. Hope is becoming downright worried because she knows there is something wrong when he’s a no-show for both works and for family time with Douglas Forrester (Henry Joseph Samiri) and his voicemail box is full.

Hope knows that Thomas is advocating for Liam Spencer’s (Scott Clifton) innocence, and the last time anyone saw him was at the office when Zende Dominguez (Delon de Metz) had helped him reset his phone and Thomas had gotten a bunch of messages and suddenly left. Viewers of The Bold and The Beautiful may have noticed Zende’s been out of town, but Hope calls anyone who was with Thomas the last day he was seen to see if they know where he might be. 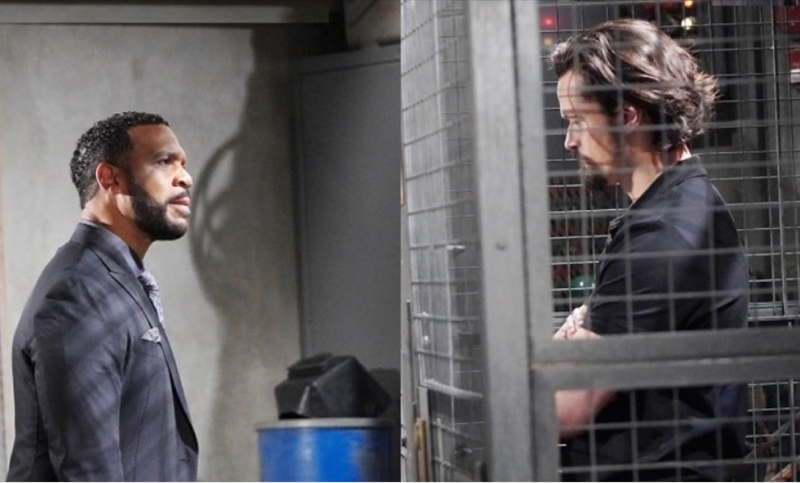 Hope wonders if the bunch of messages might have something to do with the case, and she heads over in person to Spencer Publications to see if Justin knows anything about where Thomas might be. However, Justin’s demeanor and his evasiveness lead Hope to become suspicious that he knows more than he’s telling.

The Bold And The Beautiful Updates – A Likely Story!

Viewers of The Bold and The Beautiful will recall that those messages that came into Thomas’s phone were from Vinny Walker (Joe LoCicero) during his last moments of life. Vinny was still intent on getting Thomas and Hope back together, even though Thomas had told him he has accepted Hope’s love for Liam and he had determined not to interfere!

Vinny had actually recorded a video of his last moments of life, confessing he had been surveilling Liam and intended to commit suicide by walking in front of the car as Liam was driving it, in order to get him out of the way so Thomas could take back up with Hope! But Thomas, thinking it might be better to hand over this new evidence to Justin, who is the Spencers’ attorney, went to talk to him about the new evidence. As a result, an arrogant Justin knocked Thomas out, stashed him in a cage in the basement of Spencer Publications, and deleted Vinny’s videos from Thomas’ cell phone! Hope, running out of options for someone who might know where Thomas is goes to see Justin in person and doesn’t like his demeanor or his evasiveness.

He says as far as he knows Thomas left town, and that really throws up a red flag for Hope, considering that they are co-parenting Thomas and he would never do that! Hope becomes suspicious of Justin at that point, but what really gets her attention is when Justin leaves the office momentarily and she tries another call to Thomas. She hears his phone ringing inside Justin’s office!

Hope decides to follow Justin to see what he does and where he goes, considering she now knows, as viewers of The Bold and The Beautiful do, that there is something going on and Justin’s behind it. Justin, not aware of Hope stealthily following him from a short distance, goes down to the basement to where Thomas is imprisoned.

As Justin enters the room and closes the door, Hope is listening from outside with her ear to the door and hears Thomas’s voice. She gets quite an earful and wishes she could record the conversation but there is no signal and her phone doesn’t work. Hope is very careful to conceal herself where Justin won’t see her when he comes out, and once the coast is clear, she goes in to see Thomas caged like an animal! Blindsided isn’t the word for her reaction, as viewers of The Bold and The Beautiful may imagine.

Thomas tries to tell her what happened and that Liam is innocent, and about the confession video that Vinny sent him. Hope tries to find something she can get the door to the cage open with even as Thomas is rattling off the narrative, but she cautions him that Justin could be back at any second and if he finds her, they both will be in big trouble!

General Hospital (GH) Spoilers: Sonny Awaits Important News About Lenny – Is He In The Hospital?