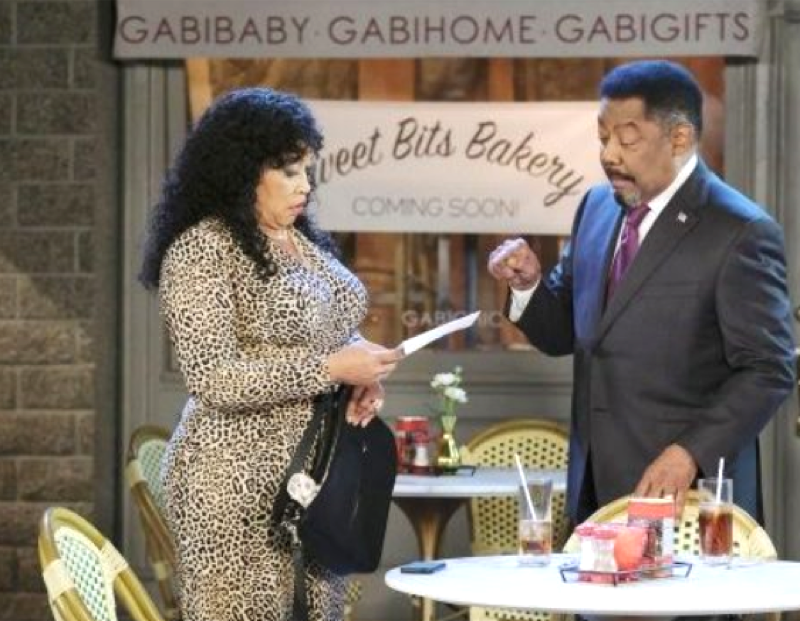 Days of Our Lives (DOOL) spoilers and updates tease that Abe Carver (James Reynolds) will dump Paulina Price (Jackée Harry) like a hot potato when her plot is exposed in an upcoming episode of Days of Our Lives!

Days of Our Lives viewers will recall that Abe found out about Paulina’s dastardly plans to destroy Salem’s legacy on the July 2 episode of Days of Our Lives. Abe and Paulina, along with her daughter Chanel Dupree (Precious Way) were at Lani and Eli Grant’s (Sal Stowers, Lamon Archey) first-anniversary party at Julie’s Place, along with Julie and Doug Williams (Susan Seaforth Hayes, Bill Hayes) when a construction worker came into the restaurant. He needed Paulina’s signature on a demolition order for Horton Town Square, and that is when Abe realized that he had been duped by his new girlfriend!

Longtime Days of Our Lives viewers will remember that the Horton Town Square was built and named in honor of Julie’s grandparents, Dr. Tom Horton and Alice Horton (Macdonald Carey, Frances Reid) so Paulina is bound to suffer the wrath of Julie as well! As Friday’s episode concluded, the Friday cliffhanger showed a livid Abe Carver along with Eli Grant in a police capacity attempting to stop the destruction of the monument put up for the Hortons, but a demolition worker had torn the plaque from its foundation already, and all the stores plus the Salem Inn had been prepared for demolition – including the Sweet Bits bakery that was going to be run by Chanel and Allie Horton (Lindsay Arnold)! Paulina must be some piece of work to dash her daughter’s dreams as well as the town of Salem’s legacy! 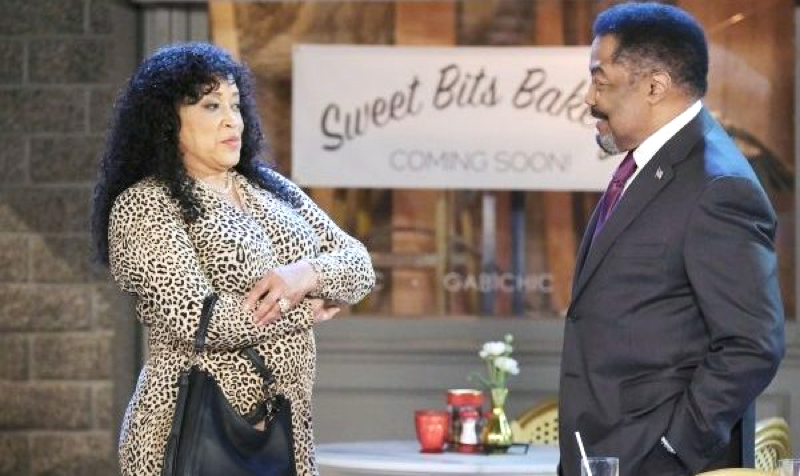 Days of Our Lives viewers know that Abe has not been involved with a woman in a very long time, and he receives a very rude awakening when he realized he’s been used! Days of Our Lives viewers who root for Abe will be sad for him, as he realizes the only reason Paulina was romancing with him was so he would be the unwitting go-between between herself and the City of Salem.

This way Paulina was able to obtain tax breaks, zoning changes, and basically turning the whole area into a monument to herself, as her plans were to tear the whole square down in order to build a big box store to be named “Price Town”! Abe is able to get a temporary restraining order to stop the demolition of Horton Town Square, and he, Chanel, Lani, and Eli give Paulina a piece of their minds!

Paulina had completely misrepresented what her intentions were for Horton Town Square to all of them, and she tries to get Abe’s sympathy for herself but he’s in no mood for any more of her lies! Days of Our Lives viewers will see the normally soft-hearted and good-natured Abe absolutely go ballistic on Paulina! Not only did she misrepresent her plans, since he signed off on them, being the mayor he could be in a position to be kicked out of office! Abe’s political career could have very well gone up in smoke, but instead of Horton Town Square being demolished, Paulina has managed to demolish her relationship with Abe, and likely also with Lani and Chanel!