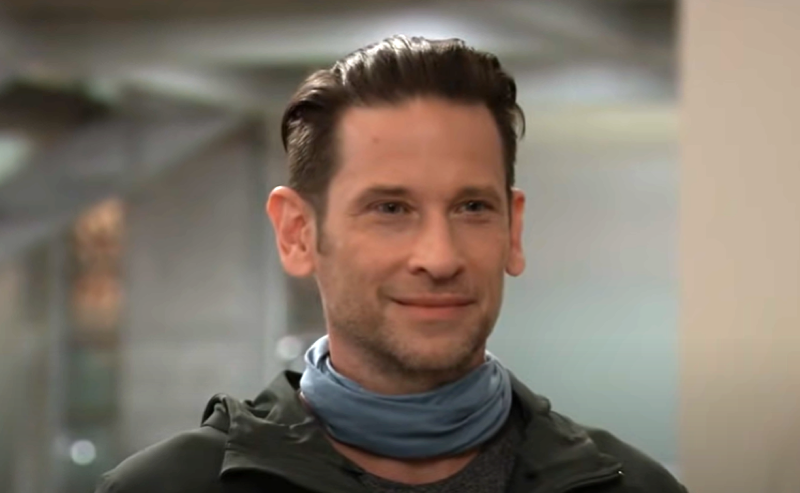 Austin goes to Carly to ask some questions about the Michael Corinthos wing – which is for pediatric head injuries. He had also wanted to know information about Jason Morgan (Steve Burton) who longtime General Hospital viewers will remember dropped his real last name of Quartermaine as well. Even though Austin is a doctor, it has not been revealed as to what type of doctor he is. It is likely that Austin wants information about Michael more than he wants information about the wing at General Hospital since he is going to Michael’s mother with his questions! 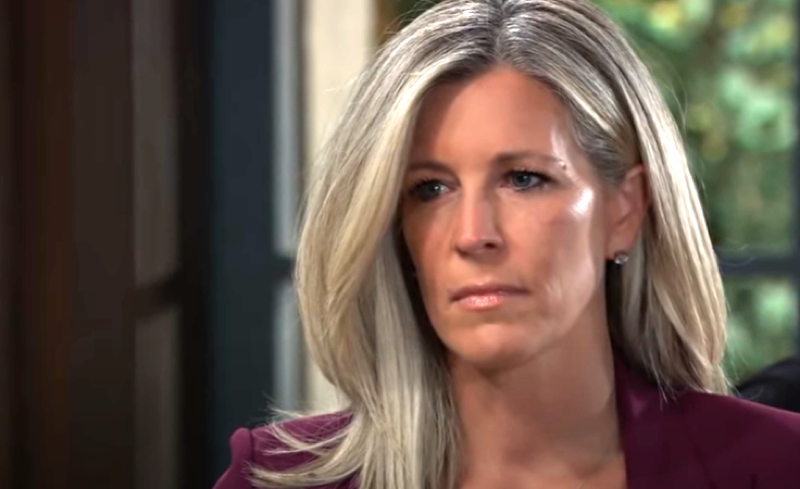 Austin obviously knows something about the Quartermaine family to have questions about Michael and Jason! There is a good possibility that Austin already knows that Michael’s birth father was AJ and that he wants to know something about why Michael goes by Corinthos, and he may have questions for Carly about Jason going by Morgan as well!

General Hospital Updates – Austin Asks Carly Corinthos About The Wing, Why He Uses Corinthos, And If He Is Involved With ELQ

Austin looks up Carly, likely at the Metro Court, and asks her several questions. He wants to know if Michael is AJ’s son, and why he uses the last name Corinthos. He acts like he already knows the answer, and Carly wants to know who he is and why he is asking so many questions about Michael. Considering the trouble from the Novak family, Carly is a little bit nervous. How does she know he’s not a Novak spy?

Austin assures her he means no harm and implies that he is interested in genealogy and found out that he might be related to the Quartermaines through his study of family trees. He also tells her he is a doctor from the Pautuck, New York area and had been the one who delivered Maxie Jones’ (Kirsten Storms) missing baby. Carly doesn’t know a whole lot about the Quartermaine family history other than that pertaining to Jason, although obviously she knew about Drew Cain (most recently Billy Miller).

She explains that Michael’s birth father indeed was AJ, but that when she married Sonny Corinthos (Maurice Benard) AJ had been out of the picture for a while and Sonny adopted him. She doesn’t go into Jason claiming him as his son and there has been a custody battle. Carly verifies that Michael has been involved with ELQ although currently, he is running Aurora Media, the company that one of his uncles started. Austin doesn’t seem surprised that Michael would have had more than one uncle for some reason.

He clarifies that when he asks about Jason using his grandmother’s maiden name and knows Jason had a twin! Carly answers his questions within reason, but when Austin seems to know more than he should study genealogy, she decides to bring Jason in and sets up another meeting! Austin definitely knows more about the Quartermaines than she does!

The Bold And The Beautiful (B&B) Spoilers: Donna Confesses She Still Loves Eric

Days Our Our Lives (DOOL) Spoilers: Arianne Zucker Gets Engaged To DOOL Alum