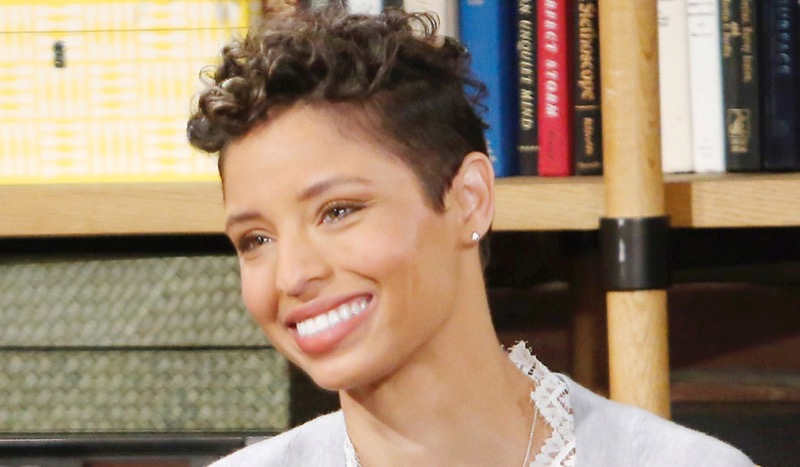 The Young and the Restless (Y&R) spoilers and updates tease that Brytni Sarpy has a primetime gig and this is causing the rumor mill to work overtime. Is her character leaving Genoa City? If so, will the character be recast?

Let’s take a look at this situation Y&R fans and unpack what we know so far.

The Young And The Restless Spoilers – Is Elena Dawson Departing Genoa City?

The whole is she or isn’t she leaving conundrum has been spurred along by the latest goings-on in Elena’s life. She has been in-between guys lately and not too happy about it. She has a hot career as a medical pro but that isn’t enough, it seems she would like someone to share her life with.

Too bad she messed that up by sleeping with Nate Hastings (Sean Dominic) while in a relationship with Devon Hamilton (Bryton James). Oops.

It looked like Nate was more than willing to accept her into his life, until she started calling him Devon.

The Young And The Restless Updates – Is Brytni Sarpy Leaving the CBS Sudser?

Elena mentioned a job offer in Chicago to Nate and maybe it was just to see if he would beg her to stay in town? Nate did no such thing however and now Elena must decide what to do—stick around or take that job offer.

If she sticks in town she could be battling a new girl for Nate’s affection. The newbie is Imani Benedict (Leigh-Ann Rose) who is Amanda Sinclair’s long-lost sister. When Nate and Imani met it was clear that there was chemistry between them and explosive show spoilers reveal that TPTB could be seriously considering a pairing between these two.

What Happens Next in Genoa City?

At the same time, Devon is getting serious about Amanda Sinclair. It doesn’t bother him that she looks just like his dead wife, but some fans just can’t get on board with this pairing. Morgan previously played Devon’s wife Hilary and now she is back as Hilary’s long-lost twin.

In the meantime, Sarpy’s talking up her gig on The Haves and the Have Nots got some fans wondering if she was dropping hints about leaving. The fact is that she has already filmed her episodes of the Tyler Perry series. But that doesn’t mean the popular and talented actress won’t have other offers come her way.

At this time Sarpy remains on contract plus there is another reason she may be reluctant to leave. That’s because in real life she and Bryton James are a couple. For now, we’ll have to wait and see how things shake out, but there is no definitive word about the actress leaving or staying.

The Young And The Restless (Y&R) Spoilers: Michael Graziadei Reveals How He…