The Bold And The Beautiful (B&B) Spoilers: Justin Attempts A Coup At Spencer Publications While Bill And Liam Are INDISPOSED 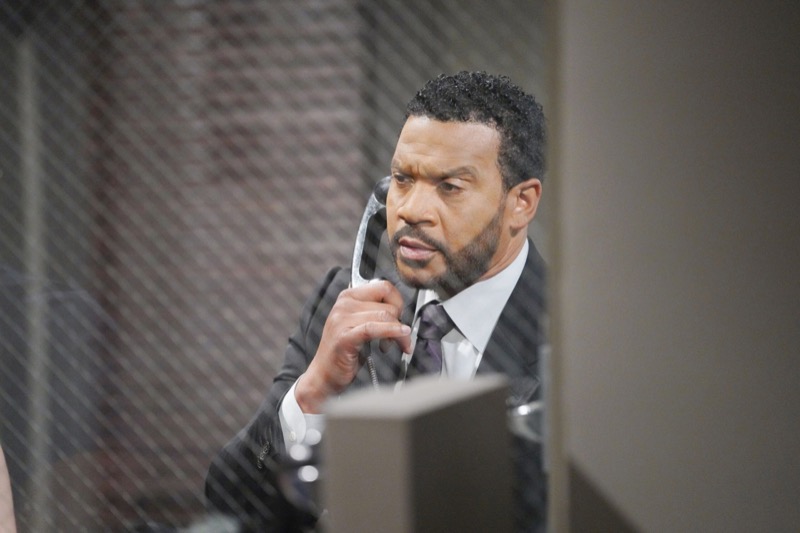 The Bold and The Beautiful (B&B) spoilers and updates tease that Justin Barber (Aaron D. Spears) will attempt a coup at Spencer Publications while Bill and Liam Spencer (Don Diamont, Scott Clifton) are “indisposed” in an upcoming episode of The Bold And The Beautiful”!

Viewers of The Bold and The Beautiful will recall that both Dollar Bill Spencer and Liam Spencer are currently in jail after Liam confessed to the hit and run of Vinny Walker (Joe LoCicero). Dollar Bill, as viewers of The Bold and The Beautiful, will also recall, made what would have been only a terrible accident a crime by tampering with possible evidence and acting basically like a criminal, trying to cover up what really happened and refusing to do the right thing and call 911.

Even if Vinny had died while the rescue squad was on the way, at least the right thing would have been done. But Dollar Bill never thought that the evidence might prove innocence as much as it might have proven guilt! Hope Logan Spencer (Annika Noelle) was exactly right when she gave Bill a well-deserved dressing down and told him it wasn’t a crime until he made it one! Deputy Chief Bradley Baker (Dan Martin) agreed- and now both of them are in jail awaiting trial.

Justin, the attorney for Spencer Publications who should be working on a defense for the two of them seems more interested in becoming the head honcho at Spencer Publications than getting his boss and his son out of jail, however! Dollar Bill asked him to take care of things at the office, and it appears he is more interested in taking over things! 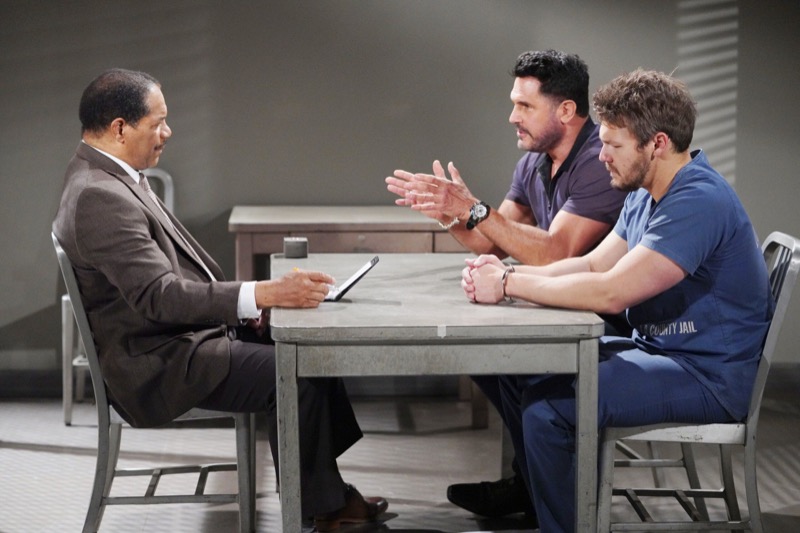 The Bold And The Beautiful Updates – Where Is Wyatt Spencer?

Viewers of The Bold and The Beautiful may pose a question – where is Wyatt Spencer (Darin Brooks) when all this is happening? Wyatt probably doesn’t suspect Justin of staging a coup and figures he’s just doing what his father asked him to, taking care of things at the office! Wyatt may even thank Justin for taking the initiative in several key deals, having no idea what he’s really up to!

But someone finds out what Justin is really up to, and not in a way either one of them meant to happen. Thomas Forrester (Matthew Atkinson) got a bunch of ghost texts that Vinny had sent him prior to his death – with some startling information that would clear Liam of the charges he’s facing. Likely Bill would be cleared too, but Thomas doesn’t care if Bill rots!

He is, however, determined to get Liam out of jail because it’s just killing Hope inside, and Thomas wants to put a stop to that and any effects it might have on the little ones. After all, Liam asked him to look out for her and the kids if he went away for a long time. So he brings the information to Justin – but Thomas may have made a better decision not handing the proof over to him, but going directly to Chief Baker. Justin won’t accept the proof that Thomas has that would clear his clients, and Thomas knows that Justin is up to something unethical if not downright illegal! Thomas appeals to Justin’s sense of right and wrong, but it backfires on him badly!

Justin wants to keep the Spencers in jail so he can continue his coup and take over the company, as Thomas has quickly figured out, knocks him out and locks him up in a remote part of the building! Thomas will be horrified when Justin admits everything to him, with no way of notifying anyone!