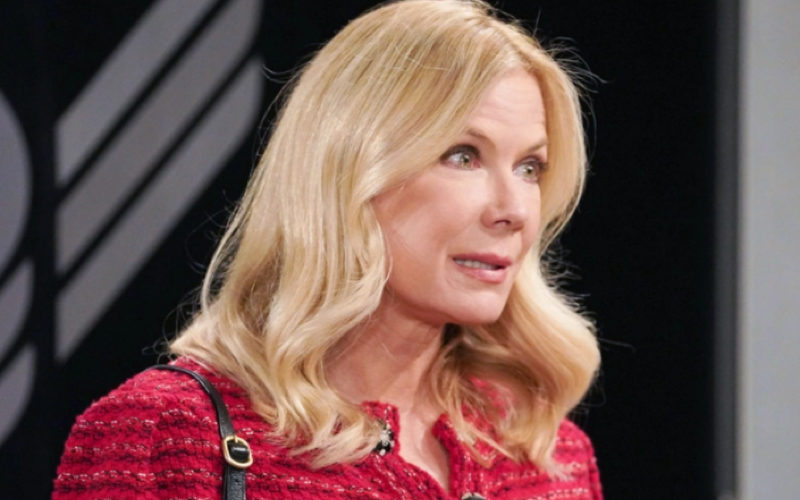 The Bold and the Beautiful (B&B) spoilers and updates tease that Brooke Logan Forrester (Katherine Kelly Lang) hears Zoe Buckingham’s (Kiara Barnes) news. She acts happy for Zoe and Carter Walton (Lawrence Saint-Victor), but she might not believe the other part of the story. As previously speculated, Flo Fulton (Katrina Bowden) gets involved and it has Brooke’s name all over it.

The Bold And The Beautiful Spoilers – Shauna Fulton’s Sacrifice

B&B spoilers reveal that it was teased that Shauna would make a huge sacrifice for her best friend. We saw that last week when Shauna purposely gave Zoe the impression that she was bedding Carter. However, this won’t be a one-time thing. Richards confirmed to TV Insider that Shauna will continue having to lie and keep secrets. It turns out that Flo is a big part of this storyline.

Richards said that Shauna is probably going to crack before Quinn. When explaining why the actress mentioned that the hardest part about keeping “Quarter” quiet is Flo. Shauna’s daughter becomes “very difficult” when she keeps pushing for information.

“Well, probably Shauna because she struggles to keep it from her daughter. Flo has been… very difficult.” 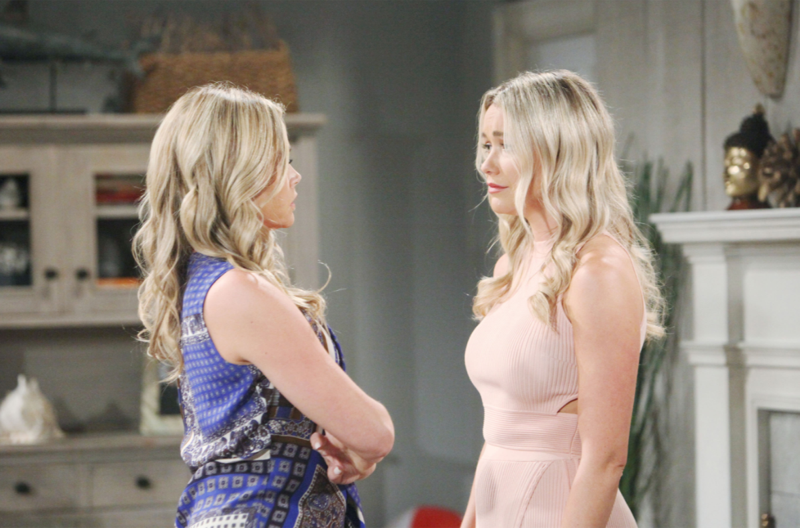 The Bold and the Beautiful spoilers reveal that Flo might question her mother but won’t get the truth. But when Richards says that Flo gets “very difficult,” that indicates a repeated interrogation. Just as Wyatt Spencer (Darin Brooks) keeps quizzing Bill Spencer (Don Diamont), it sounds like Shauna will keep questioning her mother.

This has Brooke’s name all over it. For one thing, Brooke is incredibly curious about everyone else’s love lives. While Zoe will only be focusing on having Carter back, Brooke will be looking at the one-night stand. Something just doesn’t feel right to her.

Plus, we have Flo, who just got Brooke’s forgiveness and acceptance. She is finally a real Logan, something she’s wanted for a long time. Brooke could use that to force Flo to get to the truth.

The Bold And The Beautiful Spoilers – ‘Quarter’ Complications

It sounds like this storyline isn’t going to be resolved quickly. Just imagine the truth coming out during Carter and Zoe’s wedding. Not only will it destroy that relationship, which will give Barnes an exit, but Eric Forrester (John McCook) will finally know the truth.

Even though Eric has decided to give Quinn a real chance, he always told everyone about her undying faithfulness to him. When he learns that Quinn slept with Carter, it just might seal the divorce papers. After all, head writer Bradley Bell told Soap Opera Digest that Quinn’s portrait might not be hanging on the mantle forever as Quinn predicts.