Royal Family News: What Happened To William And Kate’s Bridesmaids And Page Boys?

British royal family news reveals that Prince William and Kate Middleton celebrated their tenth wedding anniversary on April 29, 2021. They married in a fairytale ceremony at Westminster Abbey with almost 2,000 guests watching them tie the knot. Afterward, 600 people attended their reception at Buckingham Palace.

Perhaps the most adorable attendees that day were the couple’s crew of young bridesmaids and page boys. What are these pint-sized superstars up to today, ten years on from their most famous moment? Let’s take a look!

Eliza Lopes, the granddaughter of the Camilla Duchess of Cornwall and her ex-husband Andrew Parker Bowles, is now officially a teenager at 13. She was a flower girl at the royal wedding and her parents are Laura and Harry Lopes.

Lady Louise was also at the wedding, she is the daughter of Prince Edward and the Countess of Wessex, the 17-year-old is 14th in line to the throne and a student at St. Mary’s School in Ascot. 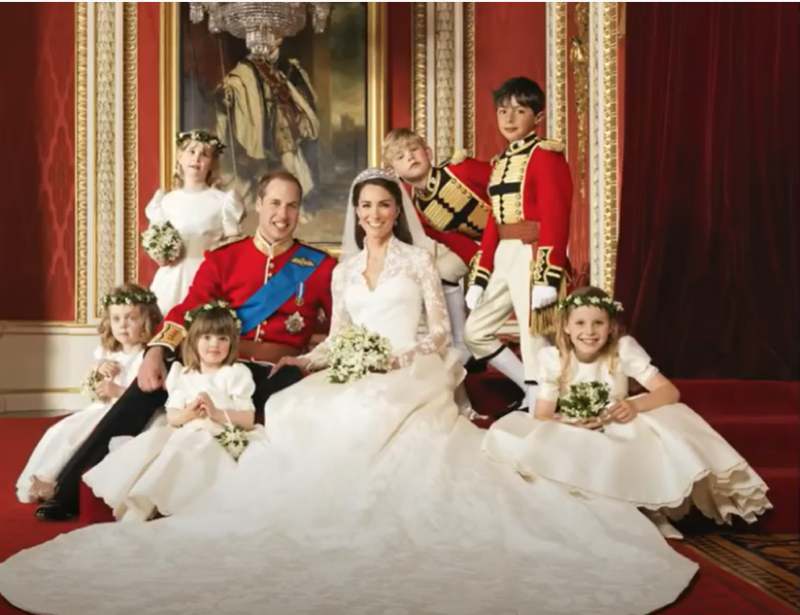 In 2014 Louise underwent successful eye surgery to correct what Sophie described as a “profound squint.”

Lady Louise and her brother, James, Viscount Severn participated in their first overseas engagement during a trip to South Africa in 2015.

Lady Margarita is now officially an adult at 18. She is the youngest child of the Earl and Countess of Snowdon, and the only granddaughter of Princess Margaret.

She is 25th in the line of succession to the British throne and a student at Tudor Hall School in Banbury. She attended the 2020 Dior Cruise show at Blenheim Palace and has modeled for a fashion show in aid of Kids Company.

Grace van Cutsem became a meme when she showed up on the balcony with a precious scowl on her face and covered her ears with her hands as the newlyweds shared their first public kiss. She is now 13 and her mother Rose Astor, keeps her Instagram followers updated on her life which includes attending a private school near the family home in Oxfordshire.

Royal Family News: Tom Pettifer Was In The Royal Wedding

Tom had the plum seat in a carriage alongside Prince Harry. He is the son of Prince William and Prince Harry’s former nanny, Tiggy Legge-Bourke who now lives on Glanusk Estate in Wales.

Harry the Duke of Sussex is a godfather to Tom. In May 2018 Tom and his mum Tiggy attended Prince Harry and Meghan’s wedding at St. George’s Chapel, Windsor Castle.

The Bold And The Beautiful (B&B) Spoilers: Delon de Metz Has A New Gig