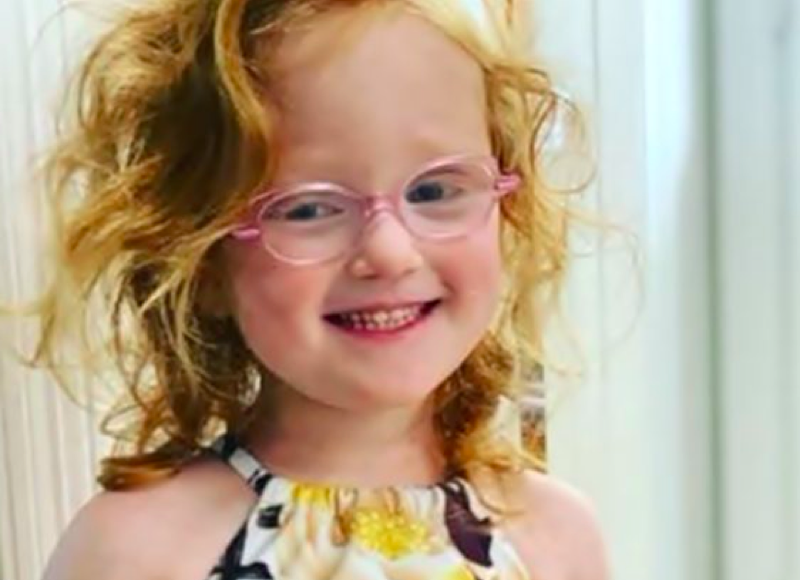 OutDaughtered spoilers and updates tease that star Hazel Busby stands out in her own way from her other sisters, and she’s noticeable with her beautiful red hair. That, and the fact that she wears eyeglasses make her easy to identify amongst the other quints. This week, on World Redhead Day, her dad Adam gave her a special shoutout. How rare is red hair? Read on to find out.

Each quint on the TLC show comes through their own personality and features that help fans identify them. Ava and her twin sister Olivia seem the hardest to tell apart and a lot of people just gave up trying. However, being twins makes them special. Then there’s Parker, the tallest and slowest to smile. Her sister Riley takes it away with attitude and her pretty little face. Then, there’s the redhead that fans find the easiest of all to identify.

OutDaughtered fans saw a post that featured Hazel Busby back in March 2020. She sat on a grassy verge with her sisters Ava, Olivia, and Parker. Parker and Hazel cradled their little dolls and fans thought it was so cute as Hazel held a redheaded doll. Actually, some of them talked about how difficult it seems to find a doll with that color of hair. However, it’s unlikely that they’re as hard as finding a redheaded kid. Adam gave her a shout-out on World Redhead Day, but how rare are people with red hair? 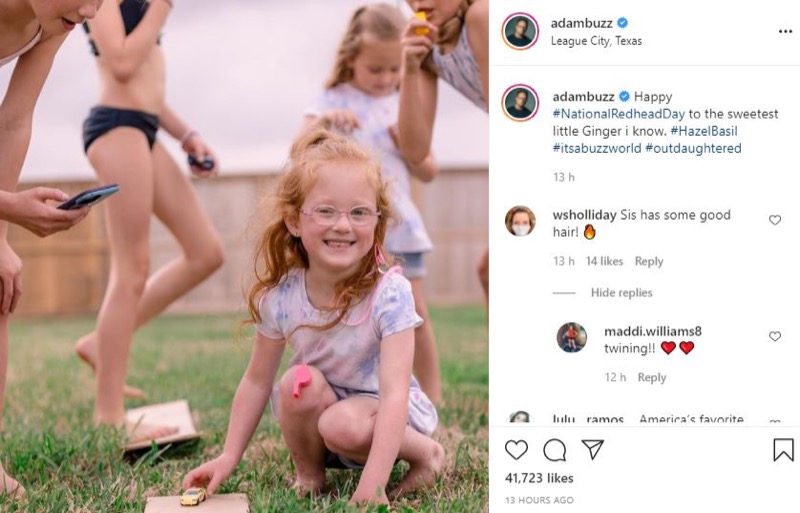 Cute Photo Of The Quint Shared By Her Dad

In his post on May 26, the OutDaughtered dad confused National Redhead Day with World Redhead Day. Actually, the National day comes on November 5. However, World day comes on May 26. So, Hazel Busby gets a special celebration twice a year. In his post, his caption read, “Happy #NationalRedheadDay to the sweetest little Ginger I know.” Booting stereotyping out the window, his little girl smiled sweetly as she pushed a toy car around.

Naturally, lots of OutDaughtered fans commented on the post and all of them agreed that she is very sweet and cute. You might wonder why people with red hair get their own special day. Well, apparently, it’s very rare.

9 News reported that “Less than 2% of the world’s population has red hair.” Actually, they mostly live in places like Scotland and Ireland. The outlet also notes that “red hair and blue eyes are the rarest hair/eye color combinations.” However, it’s not easy to make out if Hazel has blue or green eyes. Other interesting points noted include the fact that kids with red hair often end up left-handed. Additionally, they might need more “general anesthesia” due to pain sensitivity.

According to Eupedia, the OutDaughtered parents both carry the gene that causes the color of Hazel Busby’s hair. A “melanocortin 1 receptor… must be inherited from both parents.” Sometimes, people think that people with red hair also become bad-tempered easily. However, that’s just an old folk tale.

Remember to check back with us often for more news, spoilers, and updates about Hazel Busby on TLC’s OutDaughtered.