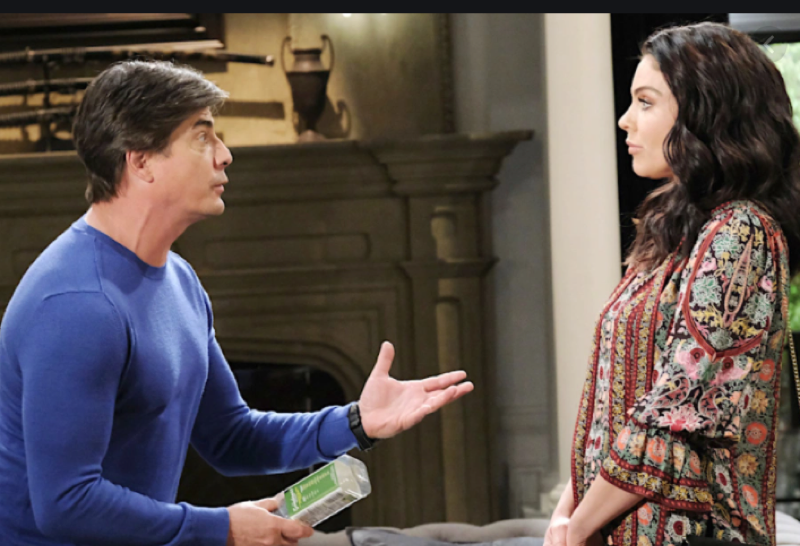 Days of Our Lives (DOOL) spoilers and updates tease that Chloe Lane (Nadia Bjorlin) will blast Lucas Horton (Bryan Datillo) and Sami DiMera (Alison Sweeney) for their deception over Lucas having a non-existent brain tumor in an upcoming episode of Days of Our Lives!

Days of Our Lives viewers will recall that Kristen DiMera (Stacy Haiduk) forced Sami to help her divert Chloe’s attention from Brady Black (Eric Martsolf) after catching Sami and Lucas having had a one night stand. Basically, Kristen blackmailed Sami into it by threatening to tell Sami’s one-night stand with Lucas to EJ DiMera (Dan Feuerriegel), which would bring big trouble for Sami! Sami tried to force Lucas to seduce Chloe, but instead, he feigned a terminal brain tumor to gain her sympathy!

In the meantime, Brady and Chloe had confessed their feelings for each other although Brady resolved to stay true to Kristen, the mother of their child Rachel Black (Emma, Kate and Miller Kamienski). Hanging onto Brady was the whole reason she convinced the real Susan Banks (Stacy Haiduk) to switch places with her and here she had been so busy keeping her identity a secret, and been outed twice that she had to recruit Sami to help her keep Chloe away from Brady and Sami recruited Lucas, who had once been married to Chloe also! 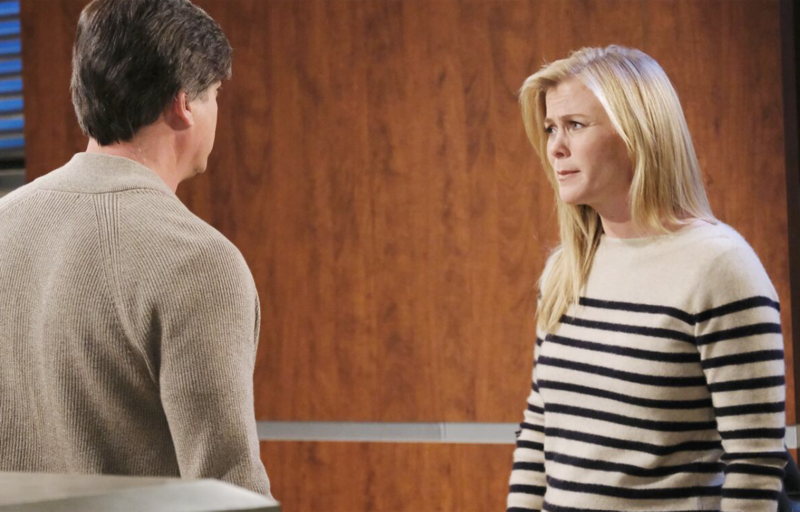 Longtime Days of Our Lives viewers will recall that Chloe was married to Lucas in between being married to Brady and being married to Daniel Jonas (Shawn Christian). But after promising to care for Lucas in his time “of need” and then finding out he was scamming her at the behest of Sami, Chloe will be furious with both of them!

Days Of Our Lives Updates – Chloe Lane Will Want To Know Why!

Days of Our Lives viewers know that once Chloe has figured out that Lucas and Sami have been lying to her about Lucas’ dire straits, she will demand answers and want to know why! Lucas and Sami will be in an awkward position, to say the least, and Sami will have to think quickly to either come up with more lies or to tell the truth! The truth is really not an option, since if they tell Chloe the truth that Susan is Kristen and Sami was blackmailed to keep her true identity a secret, probably the first thing Chloe will do is tell Brady!

Brady has been suspicious the way it is, noticing some strange behavior in both Susan as Kristen and Kristen as Susan, and Chloe has been suspicious of “Susan” as well. Lucas would rather the truth come out but knows Sami will be endangered if it does, and he feels guilty for making up such an egregious lie about his health to Chloe, but then he didn’t want to seduce her either if he didn’t really want to get back together with her!

Chloe will be more upset that Lucas chose to make up a brain tumor to get her sympathy than she would have if he had tried to seduce her because you can come back from an affair, you can’t come back from dead! Unless you have some help from Dr. Wilhelm Rolf, (William Utay) anyway! Chloe will give both of the schemers a dressing down for the history books!