British Royal family news reveals that Meghan Markle, Duchess Of Sussex is beginning a new chapter of her life with the release of a children’s book called The Bench, inspired by Prince Harry and their son Archie Harrison.

Royal Family News: The Book Began As A Poem For Harry On Father’s Day

Set to be published on June 8th, the book tells the story of the “special bond between father and son—as seen through a mother’s eyes.”

Beginning as a Father’s Day poem which the Duchess of Sussex wrote for Prince Harry, a month after the birth of their now nearly 2-year-old son Archie, the description of the book reads that it seeks to “capture the evolving and expanding relationship between fathers and sons, and reminds us of the many ways that love can take shape and be expressed in a modern family.”

Royal Family News: With A Goal To Capture The Warmth And Joy Of Relationships Between Fathers And Sons

Speaking of the book Meghan said, “My hope is that The Bench resonates with every family, no matter the makeup, as much as it does with mine.” 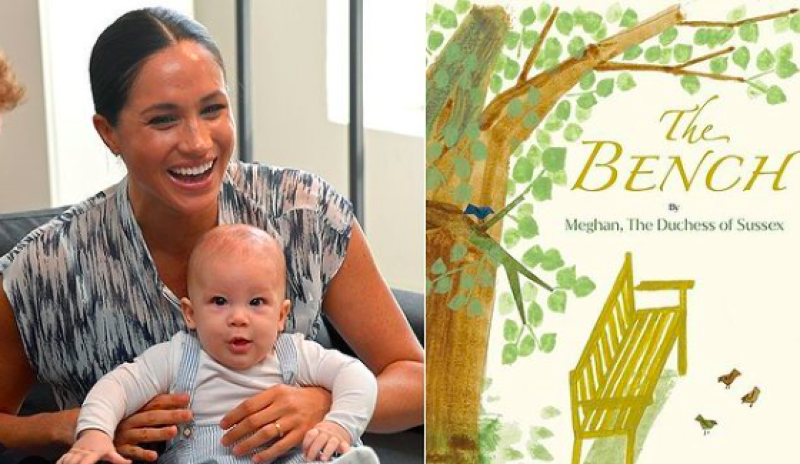 About the illustrations by award-winning artist Christian Robinson she added, “Christian layered in beautiful and ethereal watercolor illustrations that capture the warmth, joy, and comfort of the relationship between fathers and sons from all walks of life; this representation was particularly important to me, and Christian and I worked closely to depict this special bond through an inclusive lens.”

Royal Family News: Meghan Is Pregnant With The Couple’s Second Child And Will Be Narrating An Audio Version

Meghan – who will also be narrating an audio version – isn’t the first member of the royal family to release a children’s book, with Prince Charles and Sarah Ferguson, Duchess of York, having done so before.

Harry and Meghan – who is described in the official press release for the book as a “mother, wife, feminist and activist” – stepped back as working members of the royal family last year currently reside in California, and are preparing to welcome their second child – a baby – this summer.