Bridgerton spoilers and updates reveal now, this is the royal rivalry that we have been wanting to see for many long years now. While one might be of the fictional kind and the other very, very real, fans can’t help but compare Prince Harry with Bridgerton’s Duke of Hastings, Simon Barrett (played by Regé-Jean Page).

#1 The Duke Of Hastings Has Got That ‘It’ Factor

Thanks to Netflix’s Bridgerton, every fan out there can’t help but fantasize about falling in love with a Duke. And can we blame them? Who else can sweep you off your feet while pretending to court you, dump you, duel your brother, get forced to marry you, and then spend your honeymoon with you in a castle in a place you can call your own Duchy? It’s every woman’s fantasy.

While there certainly will be a lot of people who will agree with this, others would say that Prince Harry was in his prime a decade ago, or way before her met, fell in love and married Meghan Markle. While there certainly isn’t anything sexier in this world than a man who is a committed husband and father, it’s been a very long time since Prince Harry has shown us that sexy dancing he used to do with the locals in Jamaica and Barbados, right? 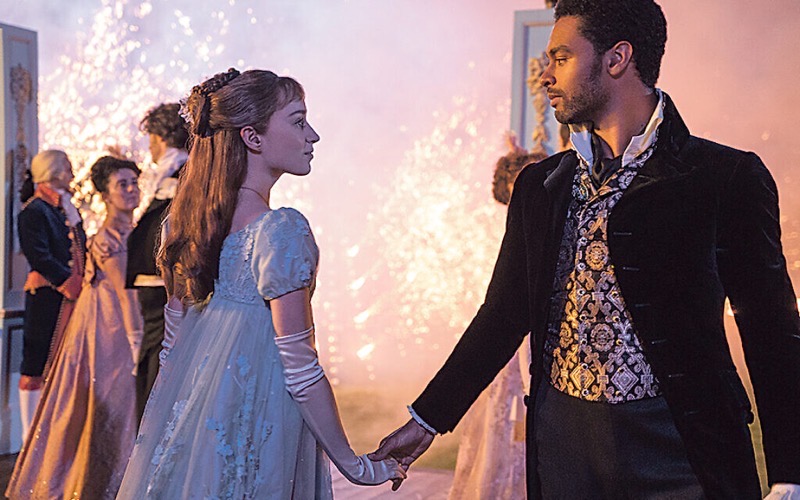 #3 All It Takes Is One Lick Of That Spoon

Speaking of Dukes doing very sexy things, it’s without a doubt that everyone who watched the first season of Bridgerton clearly recalls the scene where the Duke of Hastings takes Daphne Bridgerton (Phoebe Dynevor) on a date to an ice cream parlor and licks his spoon like no one on this planet, regency era or present, has seen before. Need we say anything else?

Ok, that heading might be a bit of a stretch seeing how everyone and their mothers at one point or another lusted over Mr. Darcey in the Jane Austen novels, but it goes without saying that the Duke of Hastings brings things up several notches in the Duke-O-Meter scale. Simon doesn’t need any words. All he needs to do is give one glance and the entire building is burning on fire.