The Young and The Restless Spoilers: Melissa Ordway Poses With Flowers From The Yard Put In Her Hair By Her Daughter Olivia 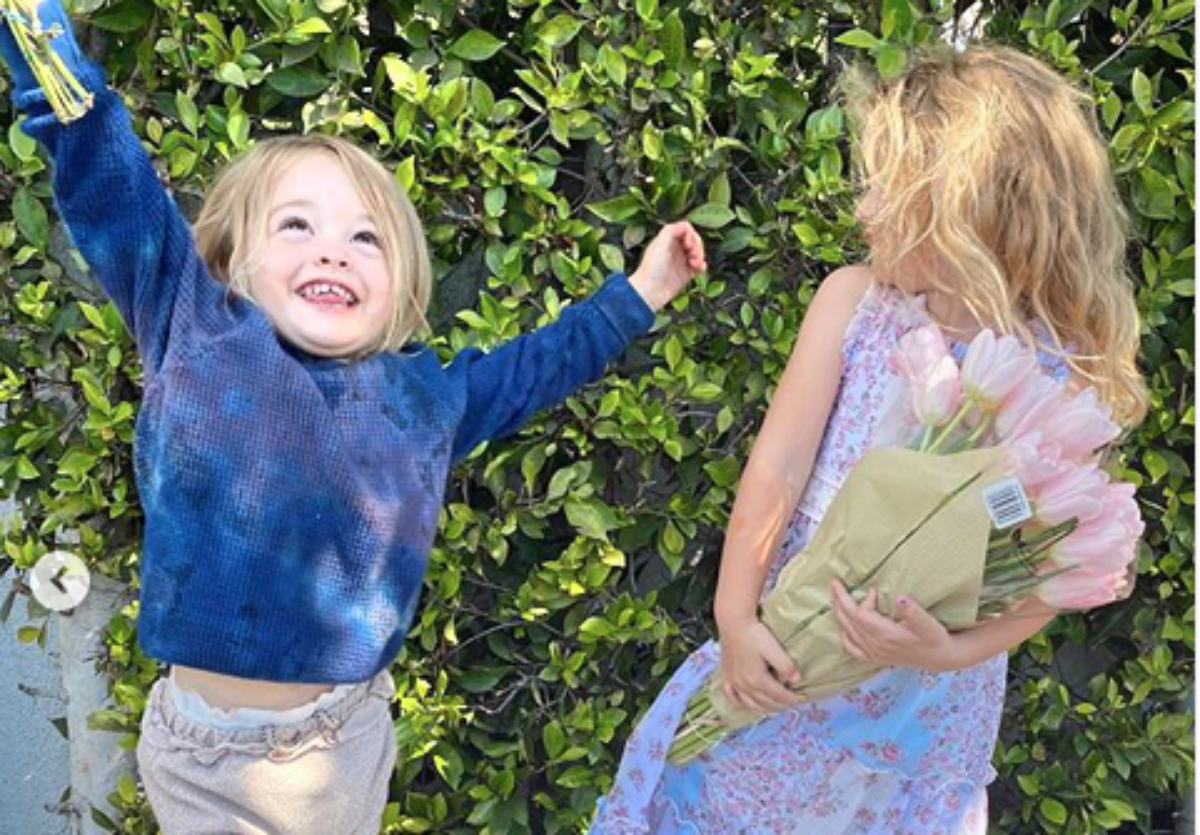 The Young and the Restless spoilers that actress Melissa Ordway posed for a photo with flowers in her hair picked from their yard and put in her hair by her daughter Olivia in a sweet gesture!

Fans of the CBS daytime drama “The Young and The Restless” are used to seeing Melissa dressed and coiffed much more glamorously as Abby Newman, but on this photo, she’s just a mom, hair in braids, with dandelions in her hair but of course, she called them “flowers”. She writes, “Olivia picked some flowers from our yard and put them in my hair.

The bright light in this whole situation has been spending this uninterrupted time with my baby girls. With everything that is going on, I’m very thankful for that.” Olivia Christine, who picked the flowers and put them in mommy’s hair was adopted by Melissa and her husband Justin Gaston after her birth on April 30, 2016. So that makes her almost four years old now.

Melissa and Justin’s other daughter, Sophie Jolie, is their natural child, with Melissa becoming pregnant shortly after adopting Olivia, and Melissa gave birth to her a little earlier than expected on Dec. 9, 2017! Many couples try to get pregnant, and sure enough, as soon as they give up and adopt a child, boom! Pregnant! This was Melissa and Justin’s experience!’

Thankful to be raising these little ladies… #happyinternationalwomensday

Justin Michael Gaston is an American singer-songwriter, model, and actor who was also a contestant on Nashville Star on season 6. He finished 10th overall out of 12 contestants. He portrayed the role of Ben Rogers on Days of Our Lives for less than four months in 2014. He also appeared on the magazine cover of Tetu in 2013. Gaston was born in Pineville, Louisiana. He attended Pineville High School.

He competed in track and field, finishing sixth in the pole vault at the 2005 Louisiana High School Athletic Association (LHSAA) 4A State Championship meet. Gaston achieved a height of 12′ 6″ in the competition and married Melissa Ordway on September 22, 2012. Justin also appeared in several other movies and television roles including Deadly Sibling Rivalry, Escapee, Game Change, Ice Scream, The Concerto, Hollywood Miles, The Unauthorized Full House Story, Until We Meet Again, Beautifully Flawed, and Night Into Day.

Melissa Ordway is probably best known recently for her appearances as Abby Newman, the youngest daughter of iconic character Victor Newman (Eric Braeden) with Ashley Abbott (Eileen Davidson) on the CBS daytime drama, “The Young and The Restless” starting in 2013. She also played Sydney Price in the reboot of “90210” in 2013, Chloe Carter / Cynthia Kowalski in “Hollywood Heights” in 2012, Morgan McKellan in the reboot of “Melrose Place” in 2010, Jordanna in “Privileged” from 2008-2009 as well as guest shots in many other primetime television shows and a few made for television movies.

You can see Melissa as Abby Newman on the CBS daytime drama, “The Young and The Restless”. Keep checking Celebrity Baby Laundry frequently for all the latest news, updates and developments.

The Bold and The Beautiful Spoilers: Kelly Kruger Brooks, Darin Brooks And Baby Everleigh Try To Cope With The Crisis And Stay At Home And Offer Advice

Universal Studios’ Hollywood And Orlando Extend Closures- But What About Disney Parks?