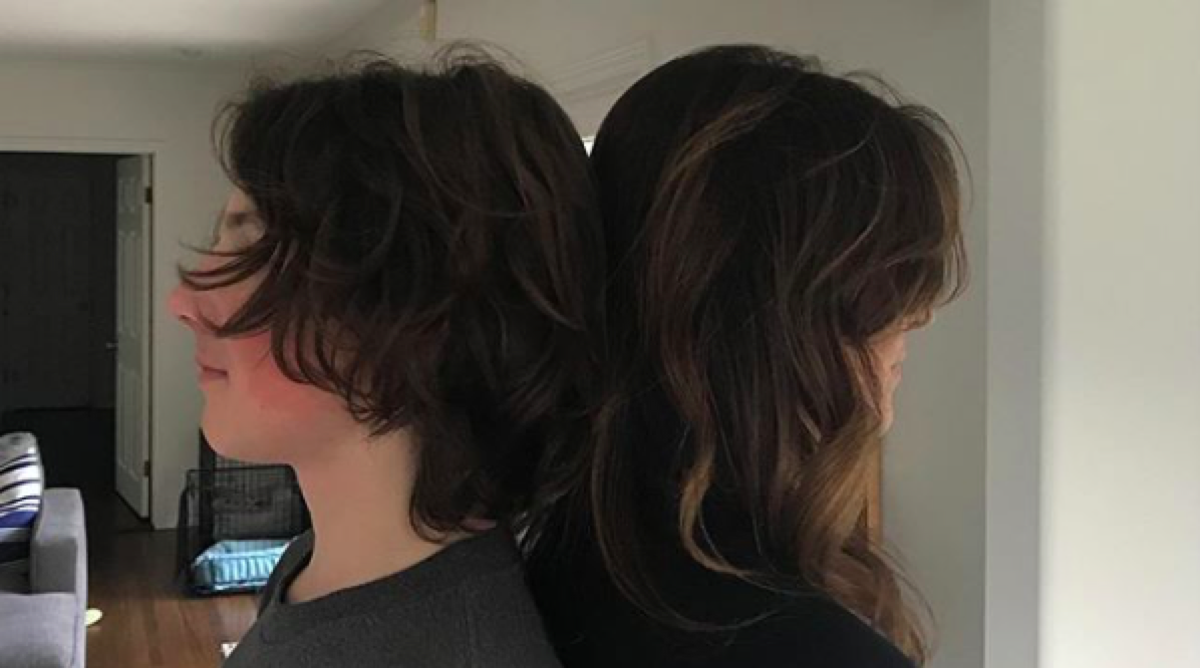 General Hospital spoilers reveal something that every parent has thought or said to themselves at some point in their childrens’ lives; my, how they grow! Actor James Patrick Stuart recently noted on his Instagram that his youngest son is now as tall as his mother!

James, or Patrick, as he is called by his friends, and his wife Jocelyn have two sons, Graham and Colin. Graham is 18 and Colin is the younger, or the “baby boy” as his father usually refers to him as. James notes on the photo, taken of Colin and Jocelyn back to back, “Baby boy and his mother… Big day in the Stuart house.”

James Patrick Stuart is an actor, musician, songwriter and singer, currently playing Valentin Cassadine on the ABC daytime drama “General Hospital.” He recently released an album called “The Apple Tree” which is available for purchase on his website, www.jamespatrickstuart.com.

It is his debut album, and contains 12 original recordings. Some of the songs will be familiar to viewers of ABC’s “General Hospital” as Nurse’s Ball performances. He is the son of Chad Stuart, of the “British Invasion” duo Chad and Jeremy, and some tracks are covers of more obscure Chad and Jeremy tunes with new vocals by both Chad Stuart and Jeremy Clyde. He has been acting since the tender age of 11, when he played Dr. Zee on “Battlestar Galactica”.

Baby boy and his mother… Big day in the Stuart house.

He also does the voices for several Disney cartoon characters on their cable channel cartoons, such as “Amphibia” and started his daytime drama career playing Will Cortlandt on the cancelled ABC daytime drama “All My Children.” James Patrick plays piano, as his famous father does, and guitar. Although both his parents are English, James was born in Encino, California on June 16, 1968.

GH Spoilers: Some Of James Patrick Stuart’s Other Acting Works

Stuart played Confederate Colonel Edward Porter Alexander in the 1993 film Gettysburg and its 2003 prequel Gods and Generals. He is known mostly for his work on television, appearing in such shows as CSI, Andy Richter Controls the Universe, The Closer, 90210, Still Standing, Seinfeld, and Supernatural.

Tune in to ABC’s General Hospital to see James Patrick Stuart as Valentin Cassadine, and check Celebrity Baby Laundry frequently for all the latest news, updates, and developments!

The Young and The Restless Spoilers: Elizabeth Hendrickson Was Feeling So Much Love At Her Baby Shower