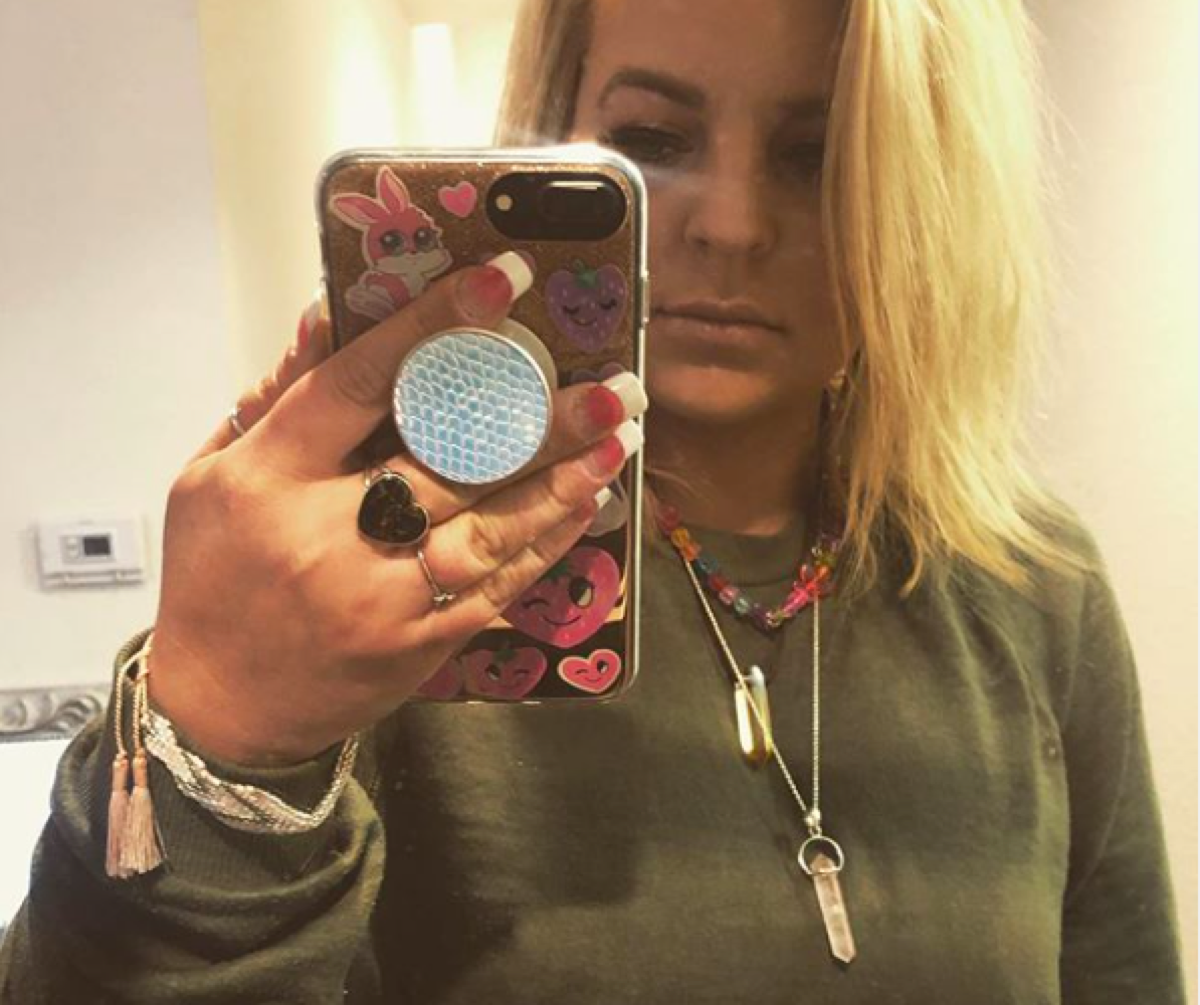 General Hospital spoilers reveal that proud mom, actress Kirsten Storms of ABC’s “General Hospital” fame loves to model jewelry that she and her daughter Harper Rose Barash make together, and put a photo on her Instagram account to prove it!

GH Spoilers: Kirsten Models Crystals, Which Were A Christmas Gift And A Necklace They Made Together

She checks to make sure I am wearing them.” Then she posted “Permanent accessories #HarperRose #Buggy #mynailsneedafilldontjudge”! We can assure Kristen her nails are just fine. They even match the pink in the pink beads in her necklace!

General Hospital Spoilers: Every Mom Can Relate To Wearing Or Displaying Something Their Little Ones Have Made For Them

Every mom (and grandma) can relate to wearing or displaying something their little ones or their grandchildren have made for them, whether it be jewelry, pictures drawn, crayon-colored, or fingerpainted and displayed prominently on our refrigerators, showing them off by carrying the ubiquitous brag book, or the modern version of photos of our littles or “grandlittles” on our cell phones, always at the ready to show friends and family whether they are actually interested in seeing them or not!

Harper Rose may have even used her mom’s phone for a sticker book! Some moms and grandmas even have t shirts or sweatshirts made with the photos of the littles in their lives, and even have plates and coffee cups made with either their pictures or pictures they’ve drawn on them! We can all relate to Kristen’s proud display of her daughter’s handiwork!

GH Spoilers: Kirsten Storms Started Her Acting Career At The Age Of Fifteen

Kirsten started her acting career at the age of fifteen, playing Belle Black, the daughter of “Days Of Our Lives” iconic characters Dr. Marlena Evans (Deidre Hall) and John Black (Drake Hogestyn) and then moved on to ABC’s General Hospital where she has been playing Maxie Jones ever since.

She met Harper Rose’s father, Brandon Barash when he played the character Johnny Zacchara on “General Hospital”, they were married but divorced and co-parent Harper Rose, and he ironically moved to “Days Of Our Lives” where he played Stefan O. DiMera.

Watch “General Hospital” on ABC to see Kirsten, and keep an eye out for Brandon to return to “Days of Our Lives” soon. Keep checking Celebrity Baby Laundry for all the latest news, updates and developments!

10 Reasons To Take An Ocean Cruise