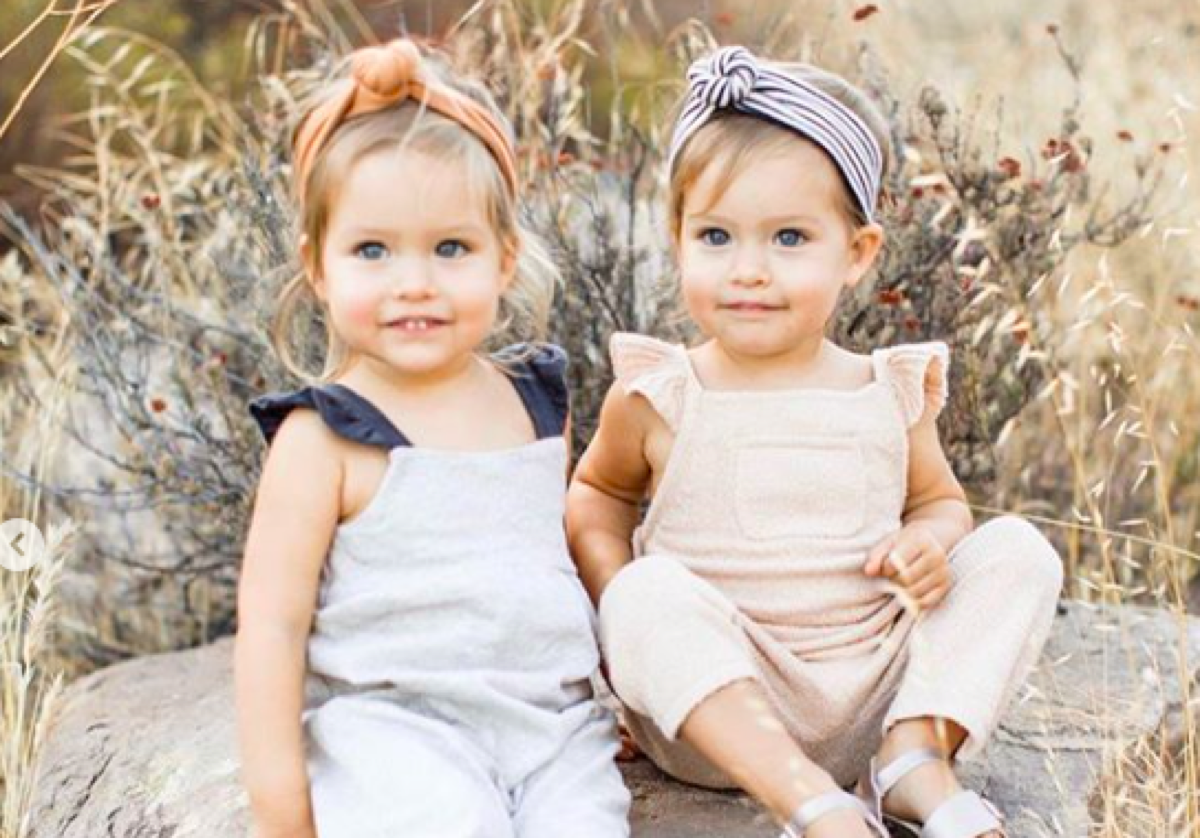 ‘Days Of Our Lives’ spoilers announces that adorable twins Olivia and Oakley Rondou are joining the NBC soap opera, “Days of Our Lives”. They are playing the part of Charlotte DiMera, previously played by Chloe Teperman and Matilda Hanna.

Olivia James Rondou and Oakley Savannah Rondou are identical twins, born on October 13, 2017 making them just a little over two years old. They made their debut on Days of Our Lives on December 24, 2019 in a scene with tv dad Billy Flynn as Chad DiMera and Asher Morrissette as brother Thomas DiMera in Asher’s last episode since Thomas is being recast. They were shown on their tv daddy’s lap with him reading the Charles Dickens story, “A Christmas Carol” to them.

This appears to be Olivia and Oakley’s first television role and the character they play has a very dramatic history! A villainess on the soap, Gabi Hernandez, played by Camila Banus, had faked a paternity test and showed Charlotte DiMera’s father to be Chad DiMera’s half-brother, Stefan O. DiMera played by Brandon Barash because of wanting revenge on Charlotte’s mother, Abigail Deveraux DiMera played by Kate Mansi.

‘Days Of Our Lives’ Spoilers: This Appears To Be The Babies’ First Television Role

Gabi had once been involved with Chad, and Gabi and Abigail had once been best friends. Abigail disappeared and was presumed dead, and Gabi got back together with Chad. Then Abigail returned and Chad had to choose between Gabi and Abigail and chose Abigail. Partially because of this situation and partially because Gabi had to do some prison time previously for other crimes and injuries in prison caused her not to be able to have any more children, Gabi and Abigail went from being friends to being enemies, and when Abigail became pregnant with Charlotte, Gabi couldn’t handle it and didn’t want her to have the baby.

Abigail also had a bout with dissociative identity disorder and manifested an alternate personality who wore a black wig – to emulate Gabi’s black hair – and called herself “Gabby”. Chad’s half-brother, Stefan, new to town, fell in love with “Gabby” and this led to an affair and Gabi plotting to give Charlotte to Stefan because there had been questions about the paternity of the child. Thanks to the help of a relative, Julie Williams, (Susan Seaforth Hayes) Gabi was caught in having altered the paternity results and baby Charlotte was returned to her rightful parents Chad and Abigail as a result.

Check out the NBC soap opera “Days of Our Lives” to watch for Olivia and Oakley Rondou, and keep an eye on Celebrity Baby Laundry frequently for all the latest news, updates and developments! Share your thoughts in the comments section below, on our Facebook, Instagram,  Twitter, and Pinterest! For any other soap opera and entertainment news, please visit Daily Soap Dish.