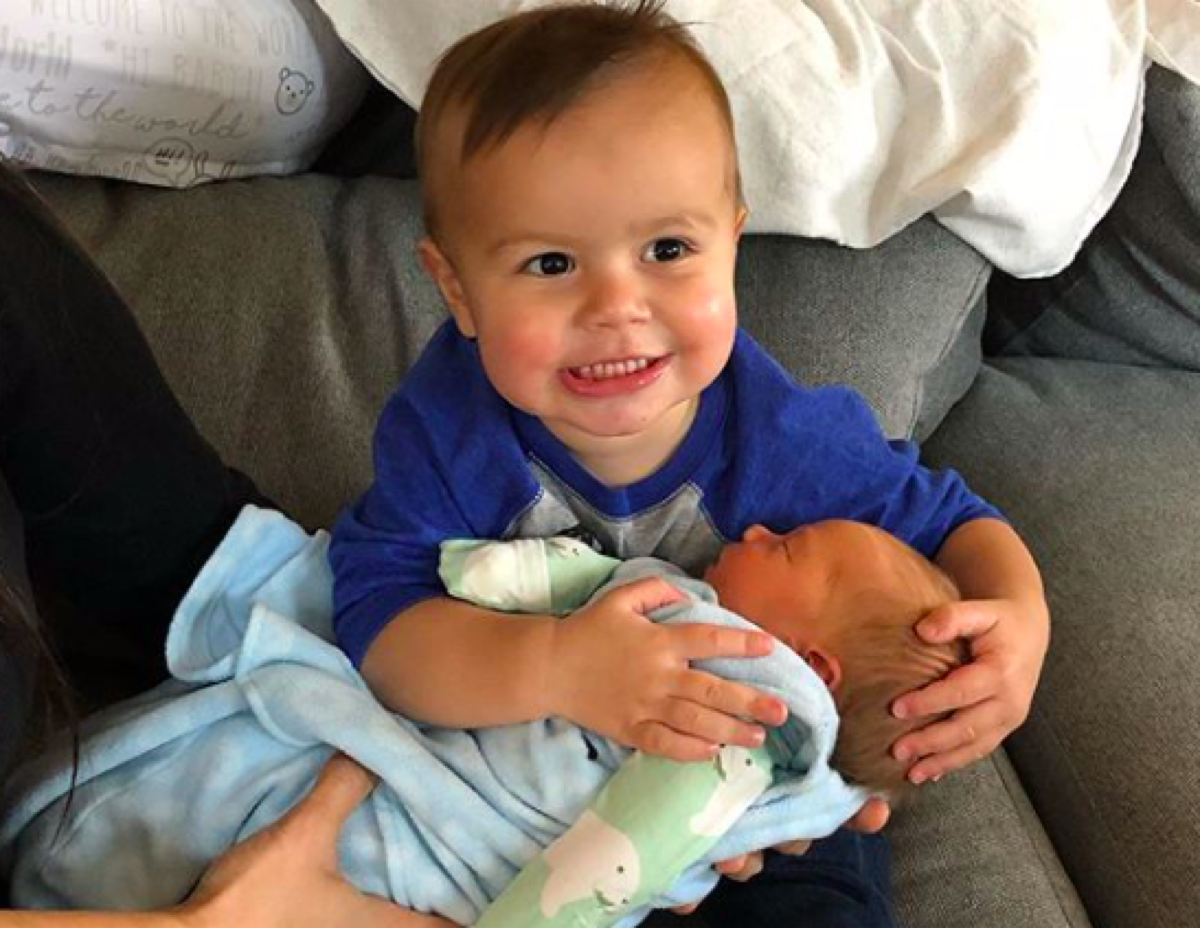 The Bachelor alums Sean Lowe and Catherine Giudici recently welcomed a baby girl to their family. Mia Mejia joins her two older brothers, 3-year-old Samuel and 1-year-old Isaiah. The reality TV show fan-favorites shared some new photos on Instagram and the snaps are beyond adorable!

The two reality stars first met on The Bachelor almost seven years ago. They ended up getting married and eventually started a family together. Despite it being nearly a decade since then, the two are still obviously in love and remain fan favorites.

Sometimes if you really love someone, you should let them go. Let her breathe man.

On December 23, Sean and Catherine welcomed their third child. They named their daughter Mia and a photo was posted of Samuel proudly and tenderly holding his new little sister. She was wearing an adorable pink bow and Lowe added a caption to the snapshot talking about his son being a “natural.”

Fans gushed over the pictures and rightfully so. As you can see, all the children are delivering cuteness overload!

In another social media upload, Sean added a picture of little Isaiah holding onto his new baby sister. It is suggested that he might be holding on to the newborn baby girl a little too tightly. Acknowledging this, Lowe wrote that he might want to let his sister breathe.

In a world where there is lots of criticism online, specifically where celebrities are concerned, it was refreshing to see lots of positive comments. One follower wrote that Mia was going to have some protective big brothers. Another added that it was so sweet the way they were doting over the newborn. Then, there was the fan that said Sean and Catherine are going to have their hands full.

We would like to extend our congratulations to Sean Lowe and Catherine Giudici on the birth of their third child. Baby Mia is absolutely adorable and you have a precious family!

Be sure to tune in to catch up on everything happening with Sean Lowe right now. Come back here often for The Bachelor spoilers, news, updates and rumors! Share your thoughts in the comments section below, on our Facebook, Instagram,  Twitter, and Pinterest! For any other soap opera and entertainment news, please visit Daily Soap Dish.