10 Positive Things You Need to Tell Your Daughter 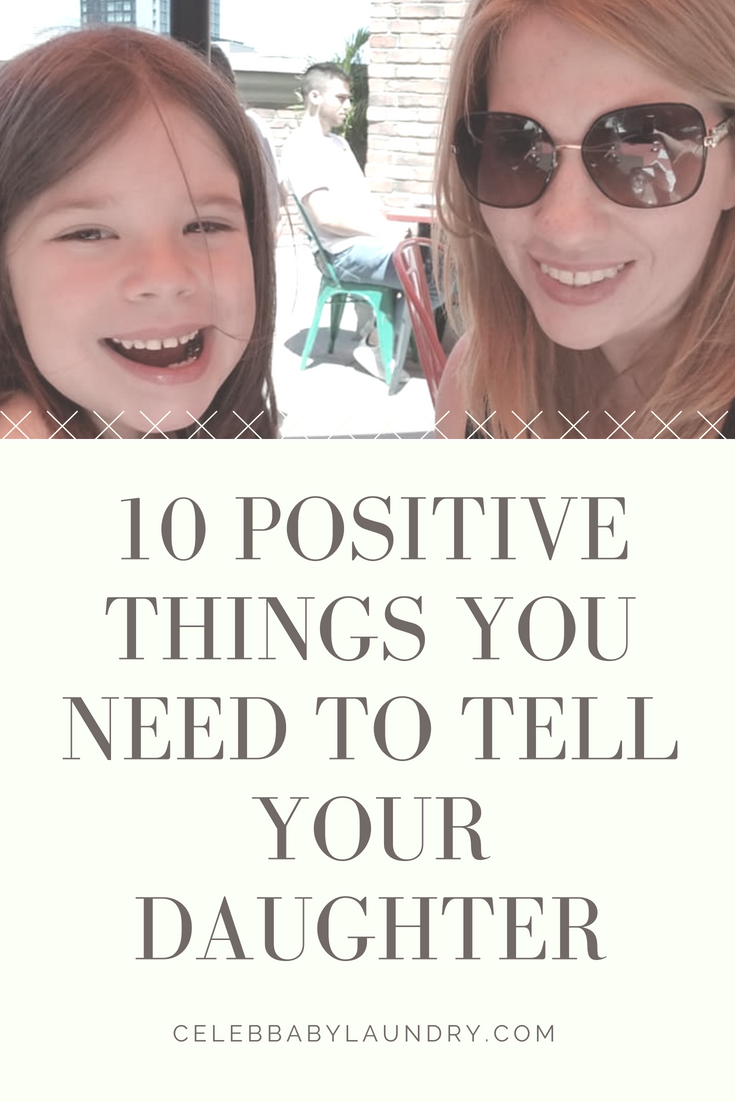 In today’s society, the media bombards young girls with messed-up messages on how they need to look and how they need to act. However, as a parent, you have the ability to shape who they will become as they get older. Here are some positive things that I have told Ava and that you need to tell your daughter!

1) You’re beautiful – When the media seems to put so much emphasis on image, remind your daughter that she is beautiful, regardless of her skin color, hair color, dress size or any other aspect of her appearance. This will help build her confidence and make her feel good about herself.

2) Stay true to yourself – One of the most important lessons that a mother can teach her little girl, is to make sure she always stays true to herself. It is important that she understands that she should never change who she is, just to make someone else happy. She needs to stand tall and show the world who she really is and never let others sway her to be something she isn’t.

3) Don’t hold grudges – Unfortunately, your daughter is probably going to be disappointed, hurt or upset by someone at some point in her life. There is really no way to avoid this and everyone goes through it. Her first reaction may be to hold a grudge or seek revenge against that person. However, you need to tell her that neither of those are the answer. Life is too short to hold a grudge or plot revenge. Instead, she simply needs to let it go and move on with her life.

4) True beauty comes from the inside – This one is a little bit like telling her she is beautiful, but it goes deeper than that. It is important that she knows that no matter how beautiful she is, if she doesn’t have a nice personality to match, she won’t appear beautiful to most people. If she is cruel, mean and rude, she’ll appear ugly both on the inside and the outside too.

•Positive Parenting•
We are loving this quote from @ListenToKids Sometimes we need to remind our children of this #BeingMighty #BeingOurselves pic.twitter.com/b4SbguIZ5B

5) Don’t compare yourself to others – There is probably going to be more than one occasion where your daughter is going to compare herself to someone else. For example, she’ll say that Alexis is prettier than her or that Mandy is more popular than her or that Stephanie is smarter than her. When she does this, let her know that even if it is true, it doesn’t mean that the other person’s life is better than hers or that they are happier than she is. Life isn’t meant to be a competition!

6) I am proud of you – Being proud of your daughter isn’t just about her getting straight A’s or winning her soccer game. While those are definitely times to praise her, it is even more important to praise her efforts as well. For instance, if she didn’t do so well on a test, but she studied to the best of her ability, that effort should be acknowledged.

7) Material things aren’t as important as memories – While your daughter may think it’s cool to have a cell phone or other gadget, you should remind her that it’s not the material things that are important in life. Things break, things get lost and things go out of style. What is important are the memories that they will make and treasure later in life.

10) Love yourself first – Girls today worry so much about what others think of them. Not everyone is going to like her and that’s not a bad thing at all. No matter how hard she tries (and she shouldn’t), she’s never going to please everyone. The only person that has to love her, is herself. 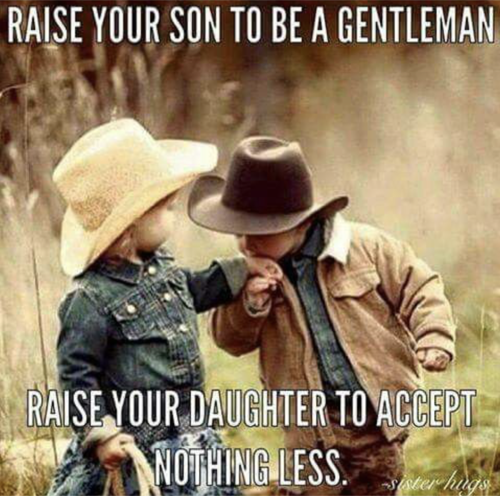 Do you have any advice you give your daughter?  Share your advice in the comments below!