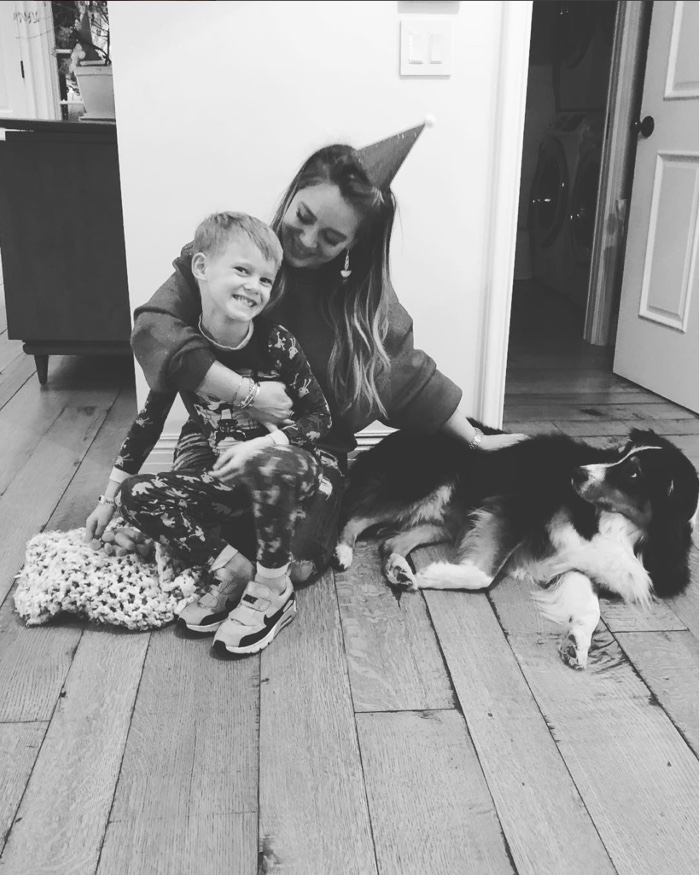 In the shot, the Younger actress wears a celebration hat while she embraces the youngster and rests her hand on their family dog. Luca smiles at the camera as he wears pj’s.

“It’s going so great,” Hilary gushed about their relationship. “I mean, this is the third time that we’ve dated and I think that what [Gomez] says has so much merit to it.”

She continued, “Timing is such a big deal… third time’s a charm!”

The pair became officially divorced in 2016.