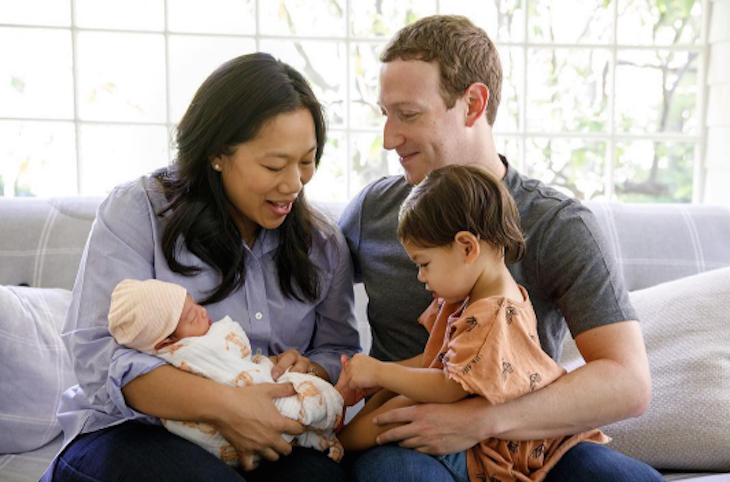 Mark Zuckerberg has shared some very exciting news about his family. The Facebook CEO and founder revealed that his wife Priscilla Chan has given birth to the couple’s second daughter, August, in a sweet Facebook post. The couple didn’t disclose any other details about their new bundle of joy, such as what day she was born.

Mark shared a family picture of himself, Priscilla, August, and Max, the couple’s older daughter. In the pic, Max can be seen playing with her little sister’s toes as her parents look on. Mark posted the birth announcement to Facebook along with a letter from him and his wife to the new baby girl.

“When your sister was born, we wrote a letter about the world we hoped she and now you will grow up in—a world with better education, fewer diseases, stronger communities, and greater equality,” the celebrity dad wrote. “But rather than write about growing up, we want to talk about childhood. The world can be a serious place. That’s why it’s important to make time to go outside and play.”

Mark added, “Childhood is magical. You only get to be a child once, so don’t spend it worrying too much about the future. You’ve got us for that, and we’ll do everything we possibly can to make sure the world is a better place for you and all children in your generation.”

Right after Max’s birth in December 2015, Mark and Priscilla pledged to give away 99 percent of their shares to “advance human potential and promote equality for all children in the next generation.” The couple unveiled their philanthropic fund, The Chan Zuckerberg Initiative, on the same day they announced Max’s birth.

Stay tuned with CBL for all the latest news and updates on Mark Zuckerberg and all of your favorite celebrity parents right here!

How a Dad Can Bond With Baby after Birth