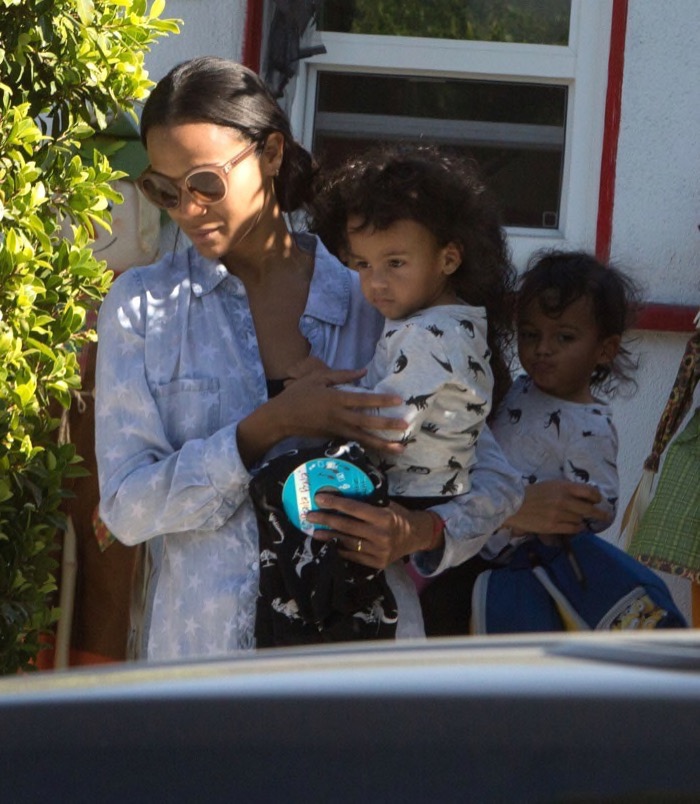 Zoe Saldana and her twin sons Cy and Bowie were spotted running errands in Los Angeles, CA on Wednesday (Nov. 9).

The Star Trek Beyond actress was dressed in a star printed shirt, a black tank, and jeans while carrying one of her sons. The boys both wore matching pajamas.

Saldana recently opened up about the emergency C-section she underwent during the birth of the twins in 2014.

“The boys came at 32 weeks,” she explained to Allure magazine in July. “They found protein in my urine; my platelets crashed. I didn’t qualify for an epidural, so I delivered under general anesthetic. I didn’t even meet them until a day later.”

The star is married to Marco Perego.

The Most Delicious Chocolate Chip Pancakes