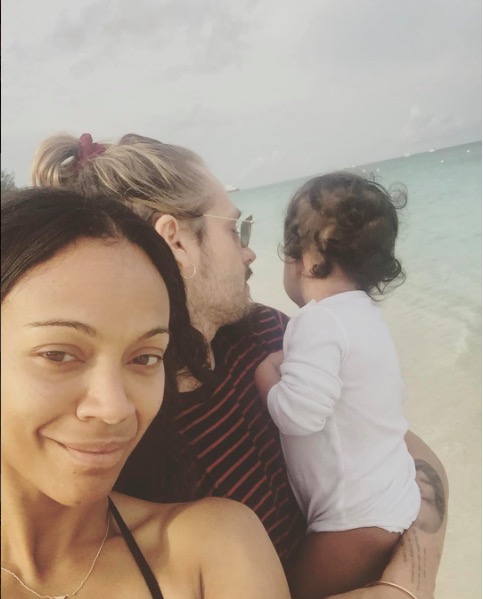 Zoe Saldana began filming Star Trek Beyond – the blockbuster film of the summer of 2016 – when her twin boys Cy Aridio and Bowie Ezio were only six months old. Zoe isn’t any different than the non-celebrity mom. The actress admits she cried every day on set.

In an exclusive interview with People the actress revealed:

“The first week back at work, I think I cried every day in my trailer.” But being the professional than she is, when it was time to head to the set to film her scenes the actress would switch gears. “I would still skip to set, I love what I do.”

Zoe admits she’s not the only one dealing with a bit of separation anxiety.

“[The boys] are 20-months old and they’re starting to feel my absence.”

Cy and Bowie become a little anxious when mommy has to leave them. The boys visit Zoe at work and she does everything she can to make certain her boys see that mommy is happy at work.

“They need me to lead by example,” Zoe revealed.

The nearly 2-year-olds certainly seem happy – Zoe recently posted a photo on Instagram of Cy and Bowie dressed in identical T-shirts, jeans and red sneakers with the caption, “Run…Corran…Correte.”

Cy and Bowie will probably visit Saldana as she goes to the studio to record her voice for the next 3 movies in the Avatar franchise. Zoe lends her voice to the character of Neytiria.

All three films are currently in pre-production.

Naomi Watts Poses With Son Alexander On His 9th Birthday