Naomi Watts Poses With Son Alexander On His 9th Birthday 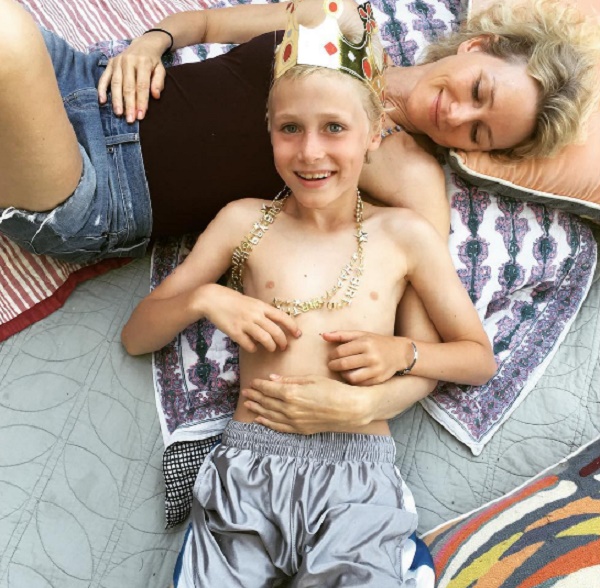 Naomi Watts and Liev Schreiber’s little boys aren’t so little any more.  This week Naomi Watts took to Instagram to share a rare photo of her older son Alexander Pete Schreiber, aka “Sasha” and to wish him a happy 9th birthday.  In the adorable mother and son photo, Naomi is lying on the floor and her son is lying with his head on her stomach.

The proud mom captioned the sweet photo, “Happy birthday to our first little miracle. Sweet Sasha is adventurous, loving and kind. A powerful beam of light in our family. Feel so blessed to watch him grow.”  And, of course she also tagged Alexander’s dad Liev Schreiber in the Instagram post as well.

Sasha is growing up so fast!  It seems like just yesterday that Naomi and Liev announced the birth of their first child on July 25, 2007.  His little brother, Samuel Kai Schreiber came along a year later on December 13, 2008.

Naomi and Liev, who is well known for his role as Ray Donovan on Showtime, are pretty private when it comes to their relationship and their kids.  Liev did however open up a bit in a recent interview for Esquire Magazine, and he revealed how he and Naomi first met back in 2005.  It turns out that Naomi actually made the first move, and she approached Liev and invited him to go out dancing with her and some friends after the Met Gala.  And, at the end of the night Naomi gave Liev her number and told him to call her, and the rest is history!