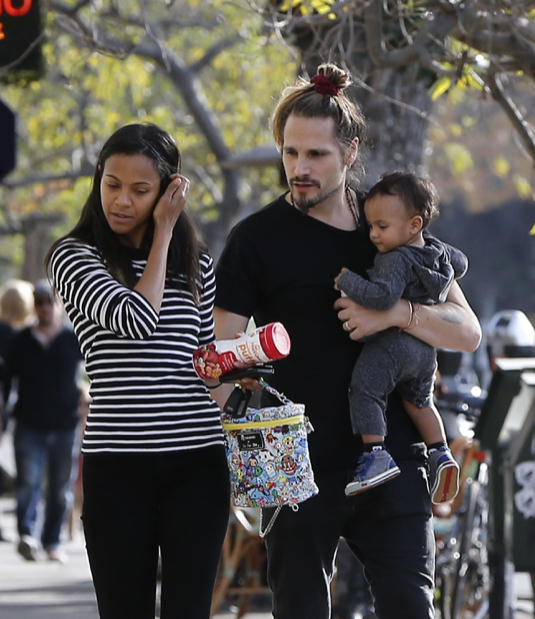 Zoe Saldana, her husband Marco Perego and their twin children Bowie & Cy were spotted enjoying a day as a family while catching lunch and taking part in a gym class in Los Angeles, CA on Thursday (Dec. 3).
The I Kill Giants actress was dressed in a striped sweater and black pants while holding a bottle of fruit juice and a small diaper bag. Perego carried one of their sons while a nanny followed behind with the other.
During an interview for the December 2015/January 2016 issue of Latina magazine, Saldana revealed that her children are very connected to their Latino and Italian backgrounds.

“Oh my God, it’s just who I am every day. So they’re going to get a part of who I am naturally. English isn’t even Marco’s second language. It’s his fourth. We only speak English when we have people around us that we have to speak English. But if it’s just Marco and the boys, it’s a combination of Italian and Spanish at all times. I speak a very Dominican Italian,” she told.