‘Dancing With The Stars’ Allison Holker’s Son Maddox Is One Cute Turkey! 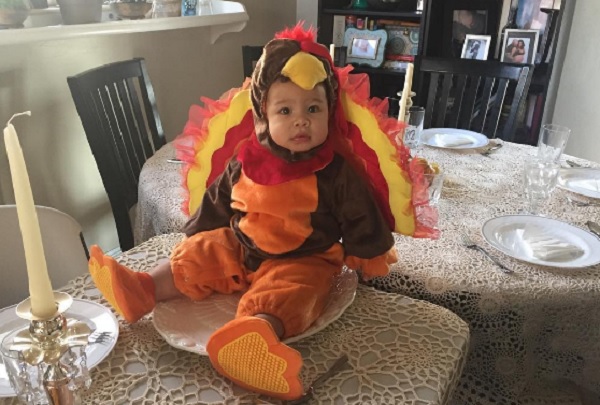 Celebrities flocked to social media to share photos of their families and feasts on Thanksgiving, but we have to say that Dancing With The Stars’ pro dancer Allison Holker had by far the cutest turkey this year.

Allison Holker and her husband Stephen “twitch” Boss were married in 2013, Stephen is also a professional dancer and rose to fame on So You Think You Can Dance.  In 2015 Allison Holker and Stephen announced on a live episode of Dancing With The Stars that she was pregnant with their first child together.

Allison continued to dance on the show while she was pregnant until she and her partner Andy Grammer were eliminated.  Baby Maddox Laurel Boss was born on March 27 2016, and is already 8 months old!  Holker also has a daughter from a previous relationship named Weslie.

Recently, Maddox’s mom competed on Season 23 of Dancing With The Stars, which just wrapped up last week.  Sadly, her time on this season was rather short and her partner Babyface was eliminated pretty early on in the competition.

It looks like the Boss Family had a blast on Thanksgiving, and we are loving their holiday selfies.  Weslie is absolutely gorgeous and a spitting image of her mom! We’re sure it will be no time before little Maddox is dancing in his famous parents’ footsteps.