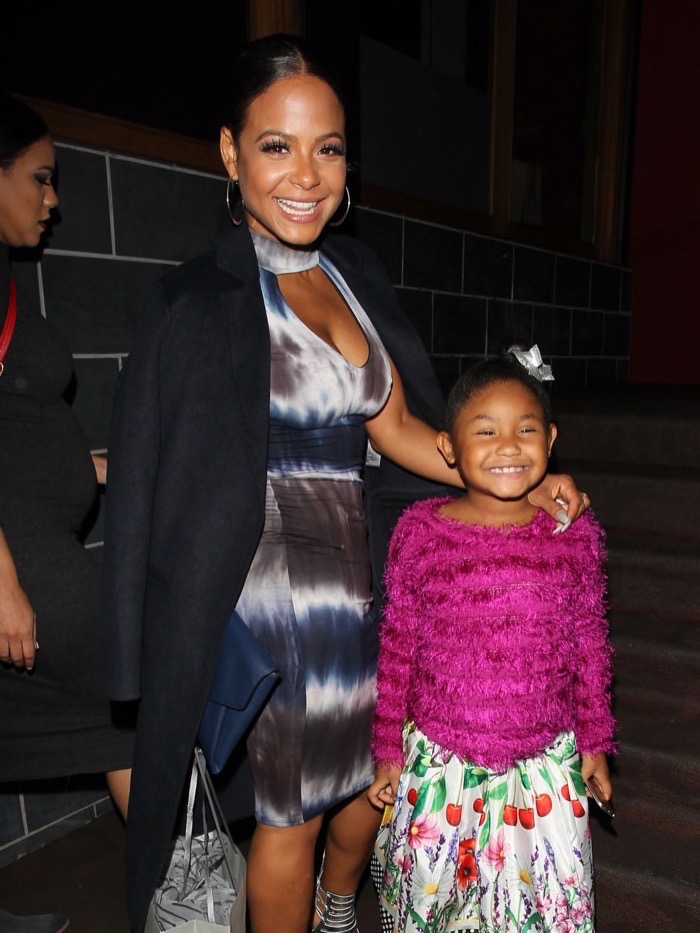 Christina Milian enjoyed a night with her daughter Violet Nash at Roku in West Hollywood, CA on Thursday (Oct. 6).

The Christina Milian Turned Up star was dressed in a blue, white and grey tie-dye dress with an overcoat. Violet had a blast making funny faces at the picture takers, before she and Milian stopped to pose for a mother-daughter photo.

Milian was celebrating her mom’s birthday at the fancy eatery.

Had the best time at @RokuSunset celebrating THE Fabbbbb @MamaMilian for her birthday! We love you Mom!

The singer shares her daughter with ex-husband R&B singer The Dream.

Peta Murgatroyd Is Already 7 Months Along, Baby Chmerkovskiy Will Be Here Soon!