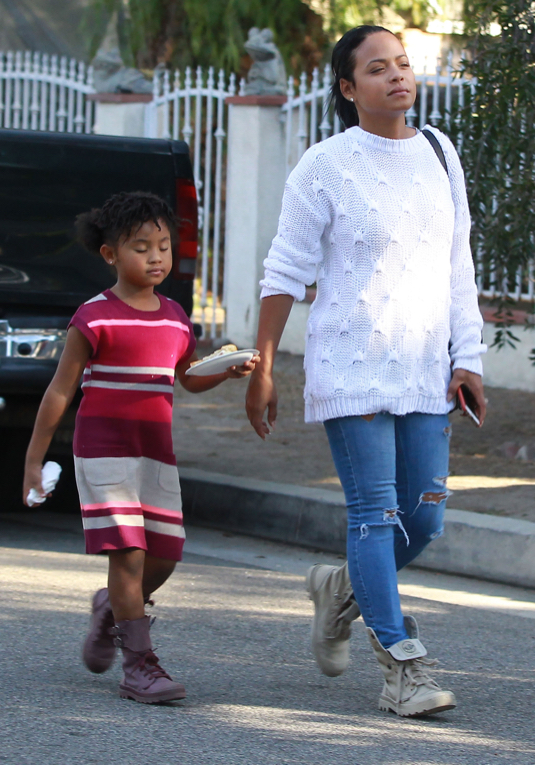 Christina Milian and her daughter Violet Nash were photographed out for an early dinner at Pita Village in Los Angeles, CA on Sunday (Nov. 8).
The singer was dressed casually in a white knitted sweater, ripped jeans and beige army boots. She walked ahead of her daughter who was carrying a snack from the restaurant.
Last week, Milan took to her Instagram to share a collage of shots capturing her and the youngster posing with one another.

The many faces of @violetmadison my love. My everything. #Cmtu

Milian and her ex-husband The-Dream co-parent their daughter together. The couple separated in 2010, after almost one year of marriage.