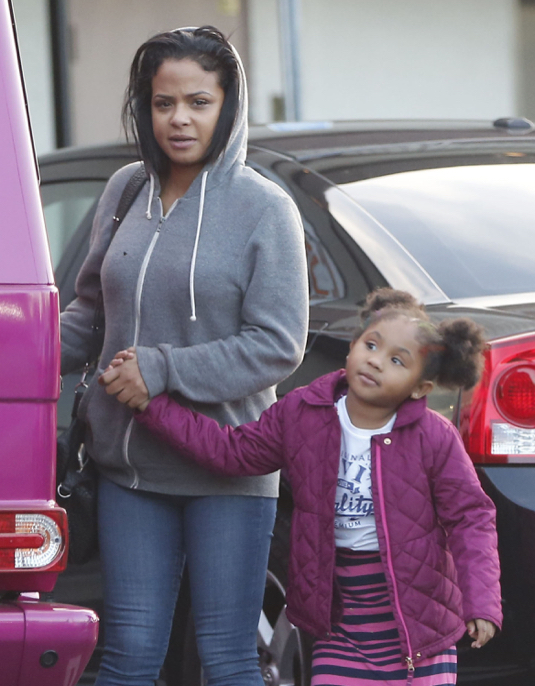 Christina Milian and her daughter Violet were photographed out for sushi with a friend in Studio City, CA on Sunday (Dec. 20).

The singer was dressed casually in a grey-hooded sweater, jeans and boots. She held her daughter’s hand who wore a purple jacket that coincidentally matched their SUV.

Milan recently revealed details of a past relationship that turned abusive on her reality show Christina Milian Turned Up.

“When you’re in an abusive relationship, you’re fighting for your life every day,” Christina says. “It’s not just one moment,” she told, adding, “I remember waking one morning and he was kicking me and stomping on me. It was over nothing. He accused me of lying about a boy. Then the violence escalated.”

“One time he played Russian roulette on me. He put one bullet in a gun and pointed it at my face,” Milian says. “When you have a gun in your face, all you can think about is your family and people who love you.”

Milan and her ex-husband R&B singer The Dream welcomed their daughter in 2010. They separated a couple months after her birth.

Rachel Zoe Shops With her Family