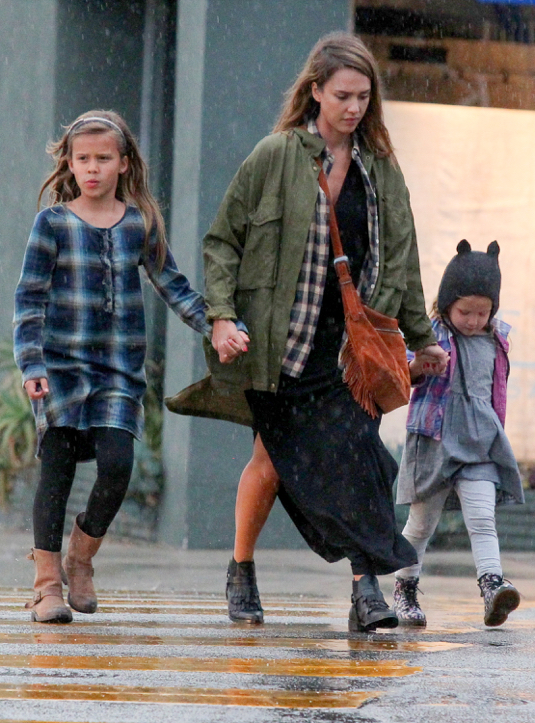 Jessica Alba was spotted out with husband Cash Warren and their daughters Honor & Haven in West Hollywood, CA on Saturday (Dec. 19).

The Barely Lethal actress was dressed in an army green jacket, a long black skirt and plaid shirt. She held the hands of her girls tightly as they got caught in the rain on the way to their car.

Alba says she is one proud mom.

“They’re just so funny to me,” she told People at the 2015 March of Dimes Celebration of Babies Luncheon. “To me, it’s all groundbreaking, but they’re just average, funny, sweet little girls.”

The California-born actress married Warren in 2008. The two met while she was filming Fantastic Four in 2004.