Peta Murgatroyd Is Already 7 Months Along, Baby Chmerkovskiy Will Be Here Soon! 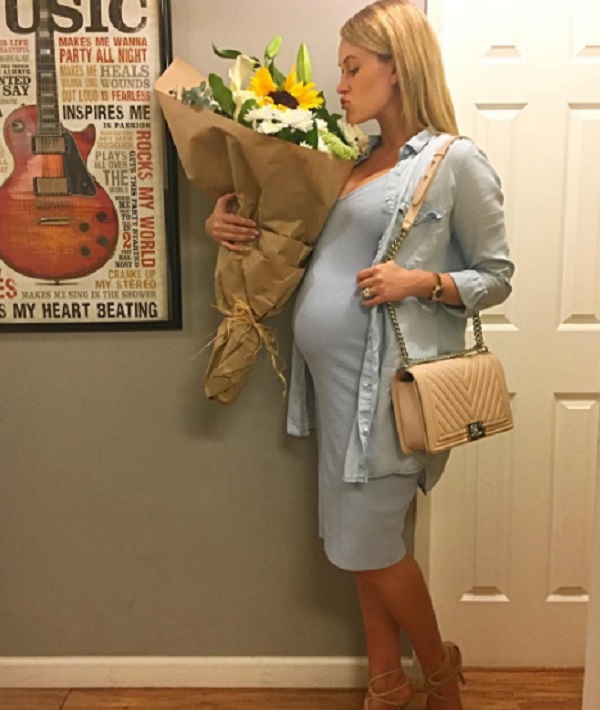 Peta Murgatroyd is already 7 months along, her baby boy will be here before we know it!  Peta Murgatroyd is currently sitting out of ABC’s Dancing With The Stars Season 23, however her fiance Maksim Chmerkovskiy has been competing for the Mirror Ball Trophy Award this Fall, with his celeb partner Amber Rose.

Peta Murgatroyd and Maks Chmerkovskiy announced their engagement earlier this year, and then just a few months later they confirmed that Peta was indeed pregnant with their first child.  Peta was actually a few weeks along when she finished up her stint on Season 22 of DWTS.

Since Peta and Maks’ pregnancy announcement, the excited parents have been keeping their fans and followers up to date on the pregnancy on Instagram.  Peta is constantly showing off her baby bump, and she looks absolutely amazing.  The expectant mom has been pretty open about her decision to continue working out – of course much less intense than before, while she is pregnant with her and Maks’ future son.

This week Murgatroyd posted an adorable snapshot of herself holding a bouquet of flowers, a gift from her “baby daddy,” and letting Dancing With The Stars fans know that she is know officially 7 months along.  Peta captioned the Instagram photo, “It’s the little things.  We love you baby daddy @maksimc …#babychmerkovskiy is kicking through my rib cage right now 7 months on Monday.”

We can’t wait for baby Chmerkovskiy to get here, and we have a feeling the little one will most likely inherit some pretty good looks, and dance skills of course!