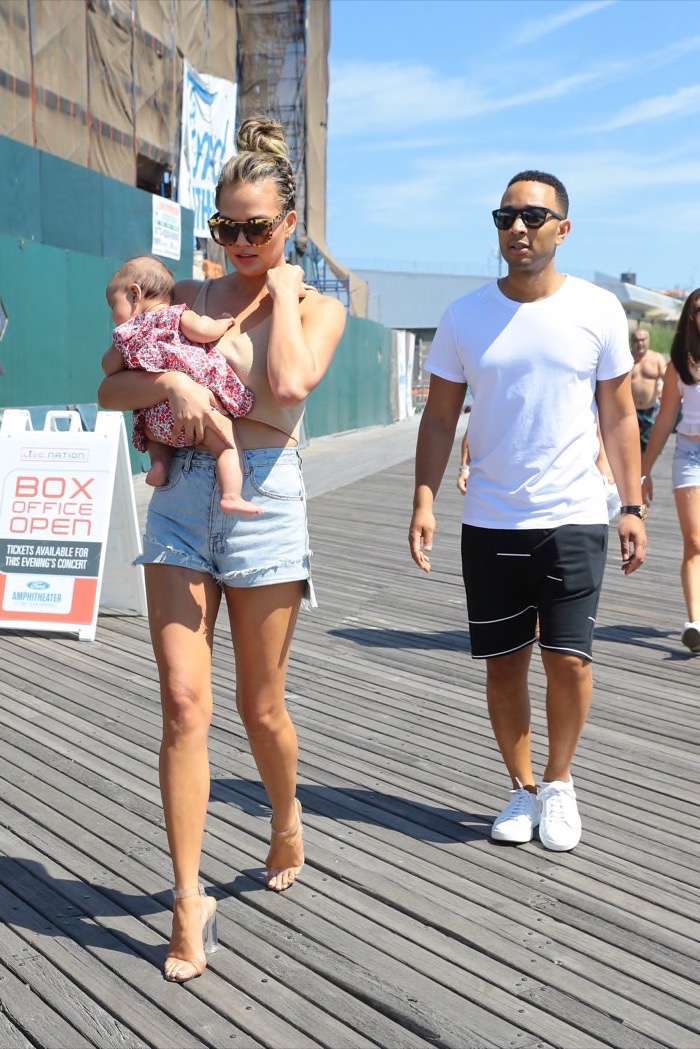 The model was dressed in a beige crop top and ripped high-waisted jean shorts with sandals. She carried the baby girl close while Legend followed behind.

Legend recently revealed that he started to fall in love with Teigen early on in their relationship.

“[At the beginning of our relationship] we were texting a lot, and I started to see her sense of humor,” he elaborated. “We would talk on the phone, and I started to fall in love with how engaging and witty and funny she is.”

“And I think that’s when I really started to know that this was the kind of person I wanted to around a lot,” the All of Me singer shared. “Once we started spending more time together between tour stops and all this other stuff, we realized we had such a connection — and then it blossomed into a marriage and a baby.”