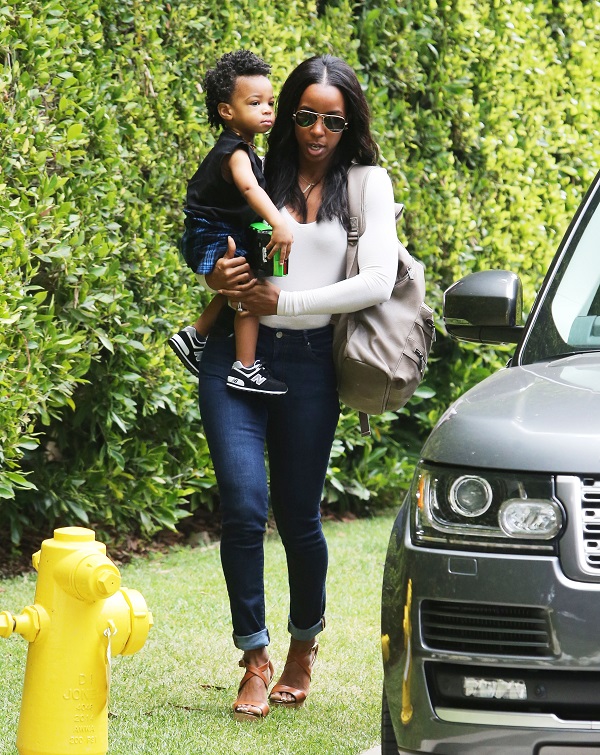 Former Destiny’s Child singer Kelly Rowland was beaming from ear to ear on Thursday June 9 when she was out and about in Beverly Hills, California.  The busy singer and reality TV star was taking her adorable son Titan Witherspoon to his music class.

Kelly Rowland married her husband Tim Witherspoon in Costa Rica in May 2014, their son Titan Jewell Witherspoon was born six months later in November 2014.  The adorable tot will be turning two years old this Fall, time flies!  It looks like the R’n’B singer is getting Titan started early in the family business, who would have thought there was even music classes for 1 year olds?

Kelly Rowland has been very busy these days working on her new reality TV show, ‘Chasing Destiny.’  The series has been airing on BET, and follows Kelly Rowland as she hand picked her own all girl singing group and grooms them from the ground up, of course mimicing the successful branding used in the group Destiny’s Child, in which both she and Beyonce made their major break throughs in to the music business.  After working on several popular cover songs, this Spring Kelly’s new group released their first single titled “All Of Us.”

It really is amazing that Kelly Rowland manages to juggle her TV show, music career, and being a mom to her adorable son Titan and making sure he gets a leg up in the music business too!