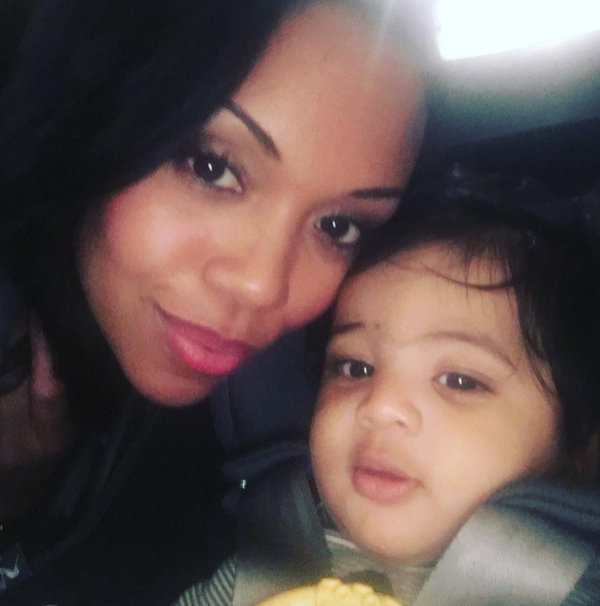 ‘The Young and the Restless’ actress Mishael Morgan [Hilary Curtis Winters] is quite the proud mother today. She experienced a very special moment over the weekend – Her nine month old son Niam which she gave birth to on August 9, 2015 took his first steps. “Did this really just happen?!… And on cue!!! #momlife #firststeps #mylove #firstmoments #proudmom” shared the proud mother.

Morgan shared a video on Instagram of her son whom is called to follow the person as they lead him to take his first steps. After holding on to something for a while he lets go and takes a couple steps before falling. This usually happens to young baby until they gradually learn how to walk on their own. In the video you can hear how proud they are as they watch their adorable son advance in life.

Often times, mothers will wait for at least a year before seeing their child take their first steps but fortunately for Morgan she only had to wait 9 months. It is a proud moment for the first time mom – being able to see a child of her own and her first offspring at that take his first steps.

This is a priceless moment, especially for first time parents who got married in May, 2012. It was in 2013 that she began her role on Y&R stirring up trouble for the Winters; Lily [Christel Khalil], Devon [Bryton James] and Neil [Kristoff St. John]. Many Y&R fans are still waiting on Hilary to have a little baby of her own. Possibly she and Devon can think about exploring parenthood.

Congratulations to Mishael Morgan, her husband Navid Ali and their son who experienced this proud moment. Be sure to catch Morgan in her role as Hilary Winters on Y&R weekdays on CBS.