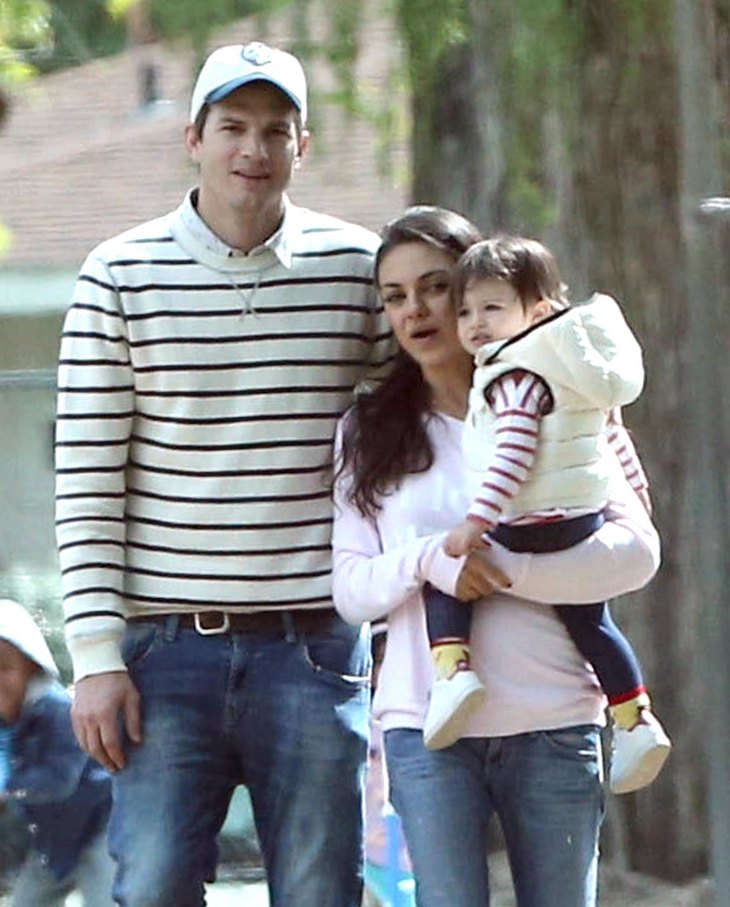 Mila was rocking a super-cute pink hoodie that emphatically stated her love for Sundays and some cuffed jeans. The easygoing ensemble was still stylish while embracing the lazy Sunday attitude. Ashton and daughter Wyatt wore matching striped shirts, but baby Kutcher was bundled up in a puffy vest to combat the slight chill of a breeze.

Related: Mila Kunis Gets A Special Visit From Daughter Wyatt on Set

Little Wyatt toddled around before falling. Both celebrity parents quickly ensured she was ok before carrying her after her little tumble. Mila Kunis carried little Wyatt Isabell Kutcher for a bit until the tot wanted some daddy-time with Ashton Kutcher.

Ashton recently joked about parenting during the formative toddler years on Ellen, saying, “You spend the first years just trying to keep your child alive. Then, you hit a point where it’s not just about survival anymore, it’s about preventing them from killing themselves!” Kutcher went on to explain, “Wyatt literally tries to kill herself on a regular basis. Like, she doesn’t realize that’s a cliff and that could be dangerous. She’ll just want to jump right off it. You’d think they come with some kind of instinct around fire and large falls – but they don’t!”

Related: Mila Kunis: I’m Proud to Be a Stay-at-Home Mom

Yup! That pretty sounds about right! Do you have any stories about your child doing something dangerous during their exploring years of the toddler stage? Share your thoughts in the comment section below.