Mila Kunis Gets A Special Visit From Daughter Wyatt on Set 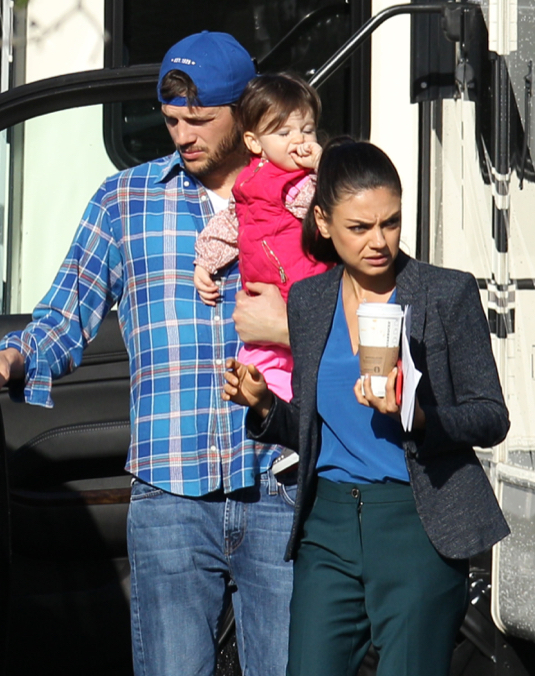 Ashton Kutcher and Mila Kunis were spotted on the set of her latest film Bad Moms with their daughter Wyatt in New Orleans on Friday (Jan. 15).

The Two and a half Men actor was dressed casually in a plaid shirt with jeans while holding his daughter and a coffee mug with her face on front. Kunis walked besides the two while holding a large coffee.

In October, Kutcher took to Facebook to vent about the lack of baby-changing facilities in men’s public bathrooms.

“There are NEVER diaper changing stations in mens public restrooms,” he wrote.“The first public men’s room that I go into that has one gets a free shout out on my FB page! ‪#‎BeTheChange”

His message resonated with Facebook users. The post was widely liked and shared across the social network.

Kutcher and Kunis married in 2015 and welcomed their daughter in 2014.

Joovy Must Have Products For Twins: Room² & Twin Roo+