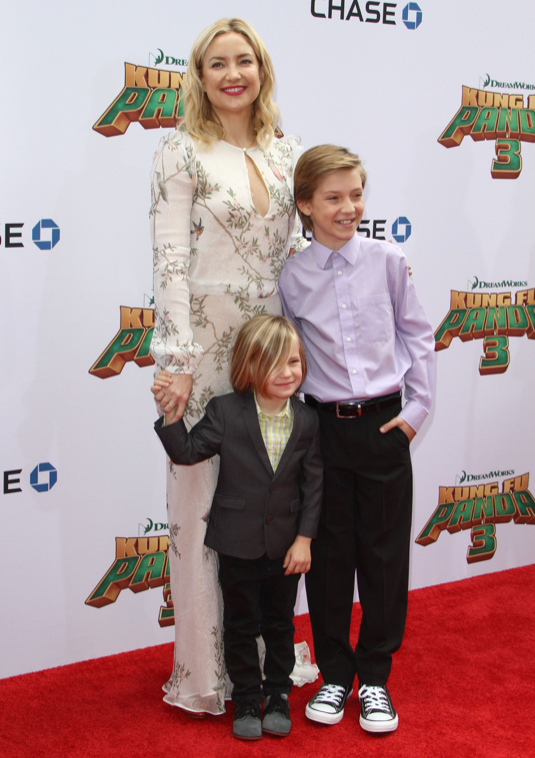 The Rock the Kasbah actress was all smiles while wearing a foral Monique Lhuillier gown with Jimmy Choo heels and rings from Jennifer Meyer. She embraced Ryder while holding Bingham’s hand.

Hudson shared some  behind-the-scenes moments right before the event on Snapchat.

“Look at all those big feet,” she joked to to her eldest son as the camera panned down to his pair of Converse. He later replied, “I can’t fit into any other shoes in the store.”

The actress voices ribbon dancer Mei Mei in the 3D animated film. The role was originally voiced by Rebel Wilson who had to give up her role because of a scheduling conflict .

Angelina Jolie, Jack Black, Lucy Liu and Bryan Cranston who all have voice roles in the film also walked the red carpet of the premiere.

Mila Kunis Gets A Special Visit From Daughter Wyatt on Set