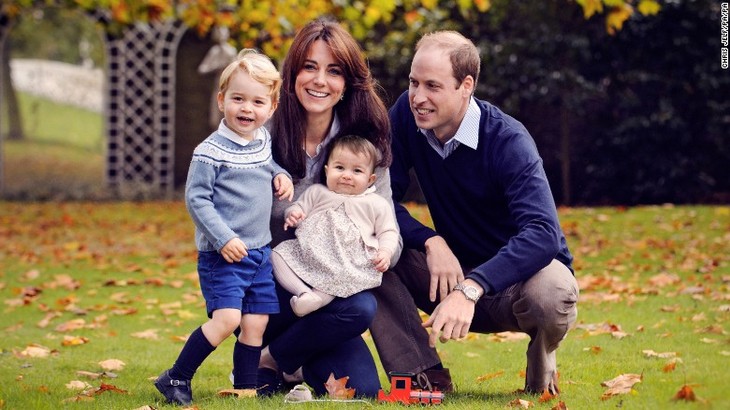 Kate Middleton and Prince William shared some royal family ski vacation photos featuring Prince George and Princess Charlotte. The adorable family of 4 hit the slopes and the royal children are so adorable in their little snow suits.

The Duke and Duchess of Cambridge took Prince George and Princess Charlotte with them on a family vacation to the French Alps. It’s the first royal family vacation since Princess Charlotte was born, and they look like they are having a blast! “The family flew out to the French Alps for a long weekend away and wanted to share some images of their trip with the public,” a Palace aide revealed to the Daily Mail.

The Duke and Duchess of Cambridge are delighted to share new photos of their family enjoying a short ski break pic.twitter.com/p9WU0h2H8E

The images of the royal couple show their playful side, which speaks to the world far better than the typical stuffy and posed portraits we typically see from the royals. Since Kate has brought a refreshing breath of fresh air to the otherwise uptight royal family, the royal family has since some major changes. The Duchess of Cambridge is savvy to put social media to work and we get some super-cute pics of Princess Charlotte and Prince George.

This break for the royals comes before a very busy summer schedule. Kate and William will be taking a tour of India, without Prince George and Princess Charlotte in April. The royal couple will also be celebrating their fifth wedding anniversary, and celebrating Princess Charlotte’s first birthday. Knowing the Duchess’ penchant for upscale but homespun affairs, the celebration will be simple with just enough elegance we will still be stealing party ideas.

Molly Sims Has an Outing With her Baby Girl