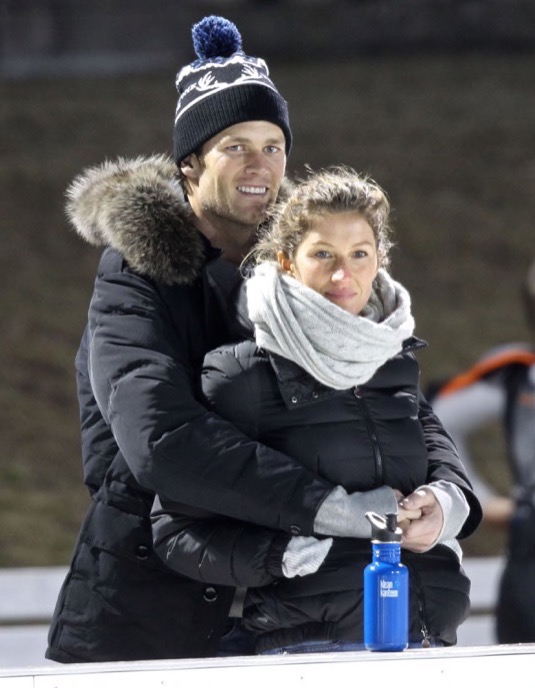 Tom Brady and Gisele Bundchen were photographed watching their son Benjamin play in a hockey game in Boston, Massachusetts on Sunday (Jan. 31).

The family were joined by Tom’s sister Nancy and her new husband Steve Bonelli.

Bündchen recently took to her Instagram account to show Brady enjoying some quality time with their children Benjamin and Vivian after losing to the Denver Broncos.

The teams loss solidified that the Patriots’ won’t be winning Super Bowl for a second time in two years. Instead, the Broncos will play against the Carolina Panthers in hopes of taking the trophy home.

Brady is also father to son John from a previous relationship.